How can you fairly judge Robin Koch’s Leeds United return? 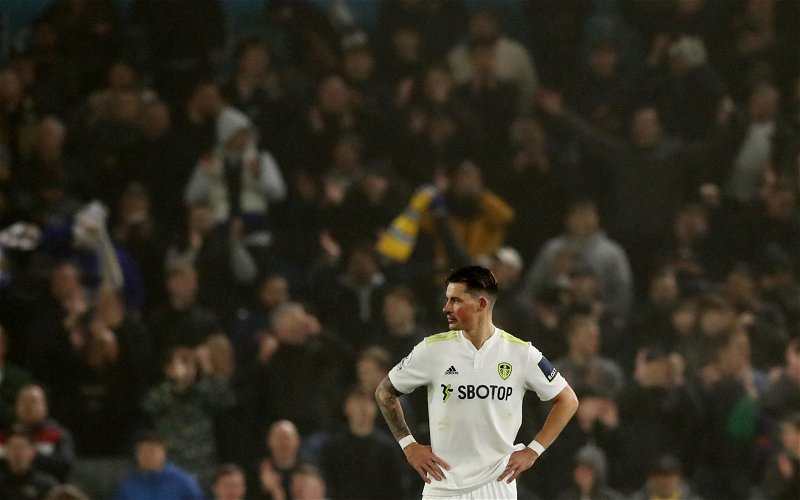 A growing injury list at Leeds United is forcing Marcelo Bielsa’s hand and was the factor behind Robin Koch’s hurried return to action on Saturday evening against Arsenal.

Leeds have been without Koch since their opening day struggle at Manchester United, owing to pelvic surgery and illness towards the end of his recovery.

Yet, there he was on Saturday as the only fit centre-back Bielsa could call on. Diego Llorente had fallen ill and someone had fallen on Charlie Cresswell to dislocate his shoulder, all whilst Liam Cooper’s hamstring has packed up and Pascal Struijk nurses a rare foot injury.

It was tough for Koch and his teammates, too, particularly for 45 minutes as Arsenal tore them to pieces and raced into a 3-0 lead. Raphinha responded from the penalty spot before Emile Smith Rowe smashed in Arsenal’s fourth.

4-1 and quite the return for Koch as he made his first appearance in-front of a capacity Elland Road crowd.

The 25-year-old made four interceptions and one clearance in 90 minutes, as well as winning just over half of his overall duels.

Koch recovered possession on nine occasions, but also gave it away on 10 – admittedly this came as a result of Leeds lacking cohesion after turnovers and the defender finding himself forced to just clear his lines as Arsenal pressed.

There was also a pass success rate of 77%.

How can we judge that?

Simply, it’s unfair to sit here and pass up a fair judgement on Koch’s performance at the weekend.

Koch has missed four months of football and hasn’t been handed the opportunity to feel his way back into things through the U23s.

Forget even that. Leeds’ injury list is beyond a joke, with arguably a stronger XI sitting in the treatment room than what’s getting rolled out on a matchday. Bielsa, then, can’t even hand Koch a series of cameos as he did earlier in 2021 when he returned from a knee injury.

You cannot judge Koch and you cannot judge Bielsa’s Leeds fairly, not whilst the hand that’s safely steered the club for three-and-a-half years is being forced with this pressure.