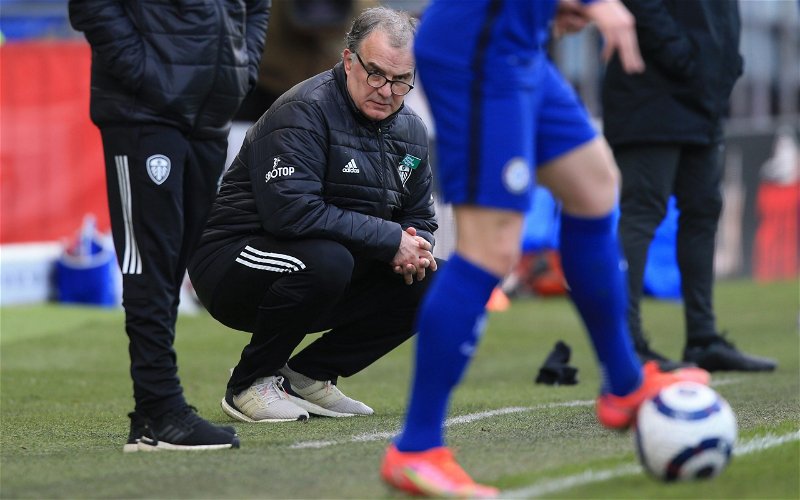 Leeds United CEO Angus Kinnear has been very vocal in his thoughts on key topics in his programme notes this season, and the Chelsea game saw another contentious verdict.

The Whites have only been in the Premier League for seven months, but they have made a huge impact on the league already.

A style of play that is capturing the imagination of almost every neutral pundit, Marcelo Bielsa’s side look like finishing well clear of the relegation zone this season.

With top flight football though, comes exposure to controversial topics that weren’t entertained whilst in the Championship.

Proposals have been put forward to reformat the Champions League into a 36-team competition, based more on seeding and past performance in the competition over current performance.

It’s something akin to the much-maligned ‘Project Big Picture’ that went down in flames, as a clear attempt to bring more power to the established elite clubs.

These plans put forward clearly don’t sit right with Leeds United and Angus Kinnear, who have long-term aims to get back into the Champions League.

In his pre-Chelsea programme notes, he wrote: “However, UEFA’s plans to expand the competition with the doubling of matches under the enticingly branded ‘Swiss format’ is deeply concerning on a number of levels.

“Primarily, I have serious doubts over whether the increase in games is actually what supporters want.

“I find it hard to believe that Spurs fans are clamouring for an away tie at Lokomotiv Plovdiv to be an annual fixture.

“Furthermore the expansion will undoubtedly cannibalise the value that we can generate from our domestic competition that the rest of Europe eye so enviously but the element that the supporters of the majority of Premier League clubs should be most outraged by is the principle that qualification for Europe will no longer be only based on in-season merit but on a co-efficient of clubs’ historic performance in Europe.

“This is shamelessly engineered to perpetuate the inclusion of clubs who have long-term European success and whom UEFA deem will have greater commercial value at the expense of emerging clubs.”

It’s yet another power grab from those at the top of the ladder currently, clearly fearful of their long-standing position at the summit of European football.

The likes of Leicester City, Atalanta and RB Leipzig are all showing both domestically and in Europe that history should mean nothing when it comes to competing with the best, after performances in the league and Europe recently.

Upsetting the apple cart at the top end of the table is something that every team dreams of, and here there is proof that it can be done, and should be admired rather than potentially punished by UEFA.

Kinnear has every right to lash out at these proposals considering they look to damage Leeds’ long-term plans to get back to where they once were.