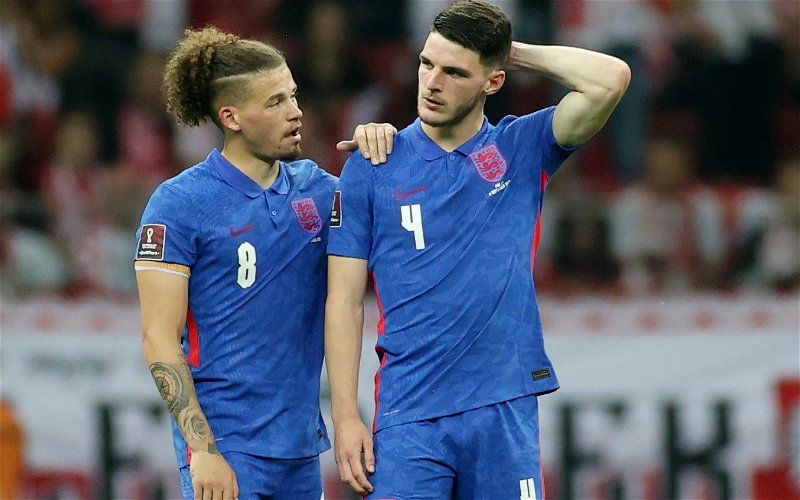 Leeds have endured a tough start to the Premier League season and are winless in their opening five fixtures. Phillips, though, has been impressing with his performances and has stepped up his game after representing England at the Euros.

Speaking live on Sky Sports – as quoted in Leeds Live – Neville underlined how good Phillips was, claiming that he was the best English midfielder around at the moment.

He came into the Premier League 12 months ago but he’s now the best English midfielder there is, by far. For me, when you think of players, we always try to stereotype players. Is he a holding player, is he an attacking player? He’s actually a throwback to someone who can do everything.

He runs, he tackles, he passes, he can defend, honestly, he’s fantastic. He’s likeable, he has integrity when he speaks, you like watching him. He runs all day, the stats we see that he produces, the most pressures, is a dream. The work you have to do as a defender and midfielder at Leeds is unreal but he really sets the tone, he’s a fantastic player.

The 25-year-old featured in all seven of England’s games during Euro 2020, helping his country reach their first major final since 1966.

Phillips made 29 appearances in the Premier League last season and has added a further four to that this year, missing only the opening day defeat to Manchester United.

Everyone has their opinions when it comes to the national side.

Leeds fans think Phillips is one of Gareth Southgate’s most important players, whilst West Ham fans think that Declan Rice is absolutely key. Something that’s hard to argue, though, is that both are fantastic players.

Liverpool fans will also be insulted that Jordan Henderson doesn’t come into the conversation. Although it was Phillips and Rice at the Euros that excelled as England went all the way to the final.

Jude Bellingham is another contender for the ‘throne’ in the coming years. He’s thriving at the moment and could be a massive asset for Southgate moving forwards.

Back to Phillips, though. He can do everything, Neville is right. Marcelo Bielsa has elevated him into these types of conversations and Phillips will forever be in debt to him for that.

In many ways, so will us Leeds United fans.