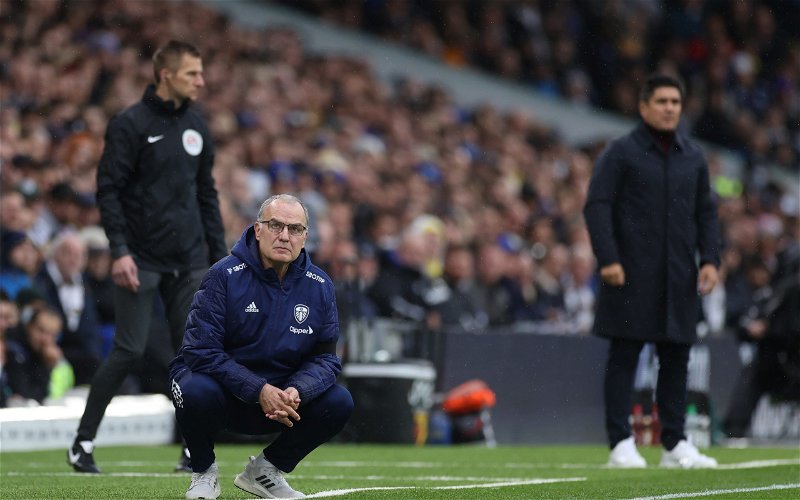 Patrick Bamford’s absence has been felt this season at Leeds United, there’s no denying that.

Leeds have been without the 28-year-old more often than not due to ankle, hamstring and hip injuries. The only respite since September has been a cameo and a goal against Brentford in early December.

Marcelo Bielsa should welcome Bamford back in the coming weeks, whilst his absence has allowed Joe Gelhardt to emerge.

Rodrigo Moreno and Tyler Roberts are two other players Leeds can rely on in the No.9 role when they are fit.

Looking through the squad and potential return dates, it’s not exactly a necessity that Leeds get some competition for Bamford this month.

So, where should they be targeting?

We take a look:

Kalvin Phillips is nursing a hamstring injury, whilst Mateusz Klich is trying to play himself into some kind of form. Stuart Dallas, meanwhile, steps in when he’s not required to play everywhere else.

Even at full tilt, Leeds’ squad looks short of a midfielder. Pursuits of Michael Cuisance, Conor Gallagher and Lewis O’Brien tell you that the board at Elland Road feel the same.

You’ve got to feel, then, that one or two additions here are needed. The question is who the club target?

Cuisance and Gallagher are history now, whilst O’Brien has signed a new deal with promotion-chasing Huddersfield Town – despite that, you suspect he’s a player that Leeds could get if they stumped up the cash.

Someone should arrive, it’s just a matter of who.

Junior Firpo and Luke Ayling are Leeds’ go-to full-back options when everyone in Bielsa’s squad is fully fit. Stuart Dallas covers both of them, whilst Jamie Shackleton is a player that’s able to step into Ayling’s role.

Dallas’ best position, though, is central midfield. He showed that last season, producing blistering displays, including a two-goal superhuman effort against Manchester City.

Leeds should be looking for someone that can do what he does in the January transfer window in covering the two full-back positions.

Neco Williams of Liverpool is someone who does that and could be getable, whilst Leeds have also been linked with Benny Couto of Oldham Athletic, although he’s raw and predominantly plays on the left.

In bringing in someone to cover the full-back positions, it frees up Dallas to concentrate on matters in midfield.

As we mentioned, one specialist central midfield is a must this month, but the other wouldn’t be needed if Dallas was able to play there regularly.