‘For me, it’s worse’ – Marcelo Bielsa hits back at Leeds United critics 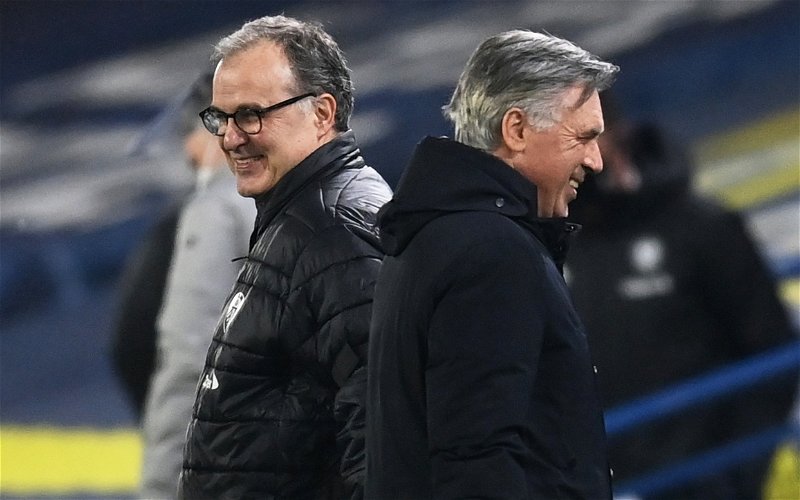 Marcelo Bielsa has reiterated his commitment to ensuring Leeds United play the same way as they have done since he joined the club.

Leeds have been one of the main talking-points this season after finally returning to the Premier League after 16 years.

What has shocked most neutrals is Bielsa’s ‘caution to the wind’ style that has helped us become one of the most exciting attacking sides, whilst also having one of the most porous defences.

It’s got Leeds into the top flight and well clear of the bottom three as things stand.

Bielsa’s men currently find themselves in 12th place, firmly in mid-table after defeat to top six-chasing Everton on Wednesday.

Just after the halfway mark of the season, we’ve taken more than our fair share of criticism from pundits who claim Bielsa ought to change his style to avoid doom at Elland Road.

Defeats to Manchester United, Leicester City and Crystal Palace were low-points this season, but have come with high-points such as playing Leicester off the park last week and beating Everton away from home too.

A debate surrounding style over substance has dominated a lot of analysis on Bielsa, but it’s something that doesn’t even deserve a second thought with the Argentine.

Speaking ahead of the visit of Crystal Palace on Monday, he had this to say (via Phil Hay): “If you finish eighth by not playing well, for me it’s worse than finishing 12th by playing well. But it’s also true that by playing well, it’s easier to finish higher up the table.”

It’s confusing to me that this is a debate that Bielsa even needs to quash.

There are nine teams with managers below us sometimes praised for their pragmatic style, such as Sam Allardyce, Roy Hodgson and Chris Wilder to name a few, and they’re not even results.

The fact that we’re on more than double Fulham’s points tally (third-bottom) after halfway suggests that not only is Bielsa’s style working, but it’s performing remarkably well for us.

Bielsa is right, that finishing eighth and 12th is largely inconsequential, but having a style that supports going higher in the table is much more sustainable long-term.