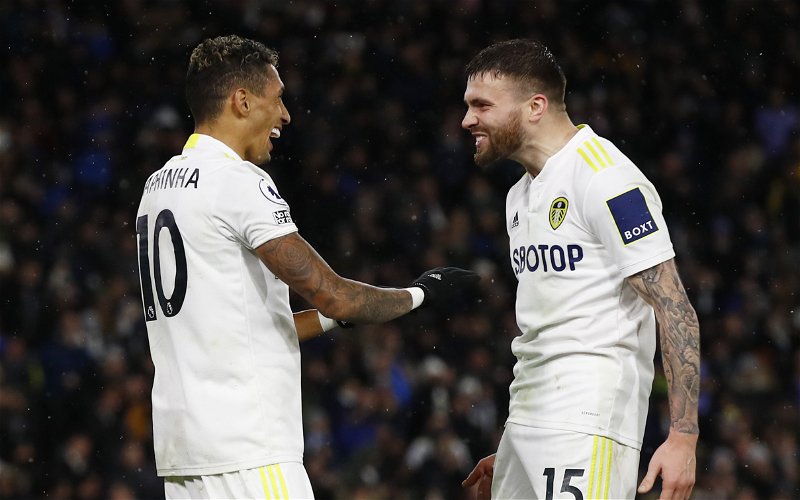 Leeds weren’t at their best, but were much-improved from their weekend showing at Brighton.

Deep into stoppage time, Marc Guehi’s handball presented Raphinha with a chance to win the game from the penalty spot. A chance he took, sparking wild celebrations at Elland Road.

Emerging on Twitter from supporter, @harrisdews, was footage of Raphinha’s penalty and the celebrations that followed.

Daniel James and Stuart Dallas were caught on camera celebrating in-front of the Kop, with Dallas’ reaction really passionate as he bundled himself into the crowd:

Leeds sit 15th in the Premier League following last night’s win and turn their attention to Sunday’s meeting with Brentford at Elland Road.

The passion on show from Dallas is something fans absolutely love. You could see what it meant to him and the whole side last night.

For Dallas, he had an incredibly tough task dealing with Wilfried Zaha. That pair enjoyed a great battle, both landed blows but, ultimately, it was Dallas that came out on top in the end.

The effort he put in to nullifying Palace’s main threat must have been draining, so to get the win in the manner Leeds did will make it even sweeter for the Northern Ireland international.