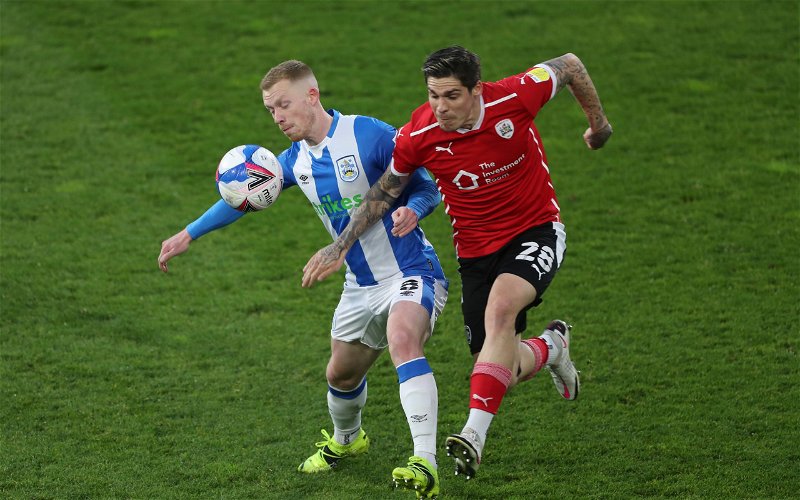 Leeds United are set to make another bid for Huddersfield Town midfielder Lewis O’Brien this week.

That’s according to a report from The Sun, who say that the Whites’ Premier League rivals Crystal Palace are also keen on signing the 22-year-old.

With Leeds’ search for a midfielder still yet to be completed, O’Brien has seemingly become an increasing focus of the club’s transfer interest this summer.

It was reported recently that Leeds have already had one bid for the midfielder worth between £2million and £3million rejected by Huddersfield.

Now however, it seems as though Leeds are set to step up their pursuit of O’Brien sooner rather than later.

According to this latest update, the Elland Road club will submit an offer of £7million for the signing of O’Brien in the next week.

However, Leeds are not alone in their interest in O’Brien, with Crystal Palace also said to be considering a move for the midfielder, if they are unable to afford a deal for Watford’s Will Hughes.

O’Brien for his part though, is understood to prefer a move to Elland Road over a potential switch to London with Palace.

This does seem to be an encouraging update from a Leeds United perspective.

Saturday’s defeat at Old Trafford did feel like a stark reminder to Leeds of the work that they still need to do in the final few weeks of the window.

Upping their bid for O’Brien, to a price that seems to be in a region that could be more likely to see them make a breakthrough, therefore looks to be a sensible move.

Indeed, with O’Brien apparently keen on a move to Elland Road, it does seem as though there is an opportunity for Leeds in the market here, and that is not something they are going to want to pass up.