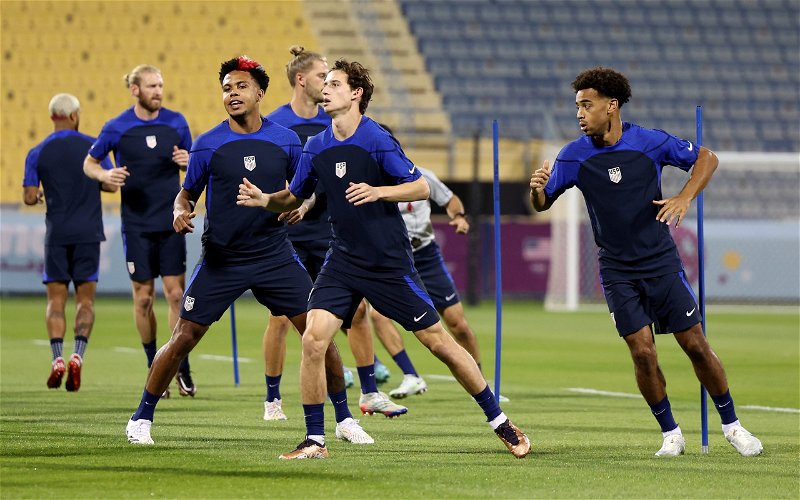 Leeds United have reportedly made an enquiry to sign Juventus and USMNT midfielder Weston McKennie this month.

The Whites are in need of one more signing to consider their January business complete, and that is in the midfield department, after Mateusz Klich parted ways with the club earlier in the month.

Who they sign might depend on whether that club is demanding the right sort of fee to let their player go at present.

After already bringing in two USMNT stars in the summer in the form of Brenden Aaronson and Tyler Adams, Victor Orta could be exploring that market again.

Italian journalist Matteo Moretto is reporting that Leeds have tabled an enquiry to sign Juventus midfielder Weston McKennie this month:

His claims have since been backed up by both Gianluca Di Marzio and Fabrizio Romano, with the latter adding that he joins the list of targets at Elland Road that includes Azzedine Ounahi.

The 24-year-old is valued at €21million on Transfermarkt and has three goals and two assists to his name across all competitions this season.

McKennie would definitely fit into the setup we’re trying to run, with a high press certainly suiting what attributes McKennie has in his locker.

I do have reservations about whether he can be the progressive player we need after Klich departing, but he would improve our options.

The fact that we turn to Sam Greenwood, with all due respect, as the first midfield sub, says a lot about our depth.