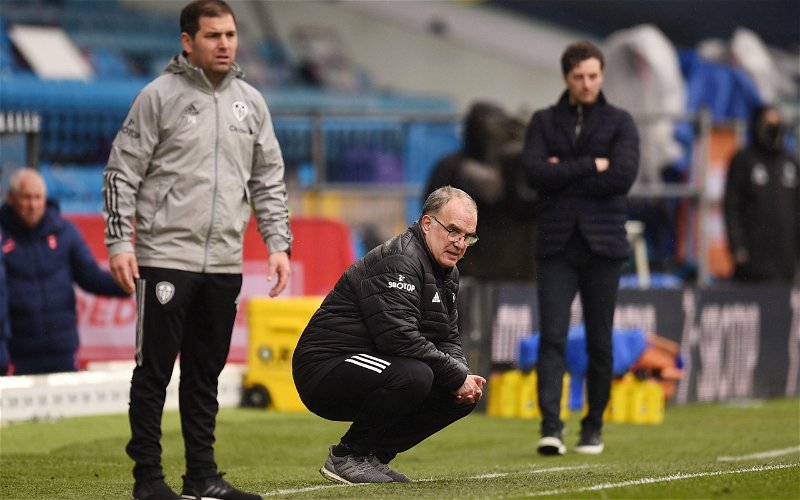 Marcelo Bielsa and Leeds United have been warned about taking their foot off the gas in the final weeks of the season, with Jon Newsome underlining the cash that’s available for finishing higher up the table.

Leeds are chasing a top-10 finish, with nine points still to play for in the Premier League.

First up for Leeds is a clash with Burnley this lunchtime, before Southampton and West Brom.

Leeds have been free of the threat of relegation for some time and, in truth, they are drifting towards a mid-table finish.

However, there are points to be played for still, with every place higher you finish worth a good chunk of money.

Speaking exclusively to LeedsAllOver, Newsome urged Leeds to keep motoring on, as it could land them somewhere around £10m.

I’m quite optimistic about where they will finish. Everything is a bonus now, every place you finish higher is worth multi-millions to the club.

These games are massively important. If you can finish three places higher because you’ve had a really good run-in, all of a sudden the club is sat on another £10m. It’s big bucks.

Newsome is on the money again here. If Leeds can get themselves up onto 57/59 points with a strong end to the season, it could well leave them eighth or ninth in the table.

That would be some achievement in itself, but it will be worth a lot of money too.

So, with that in mind, there’s plenty of incentive for Leeds to go out and finish the season strongly.

They have had such a good season and, whilst it would be stupid to assume Burnley, Southampton and West Brom will be easy, they are winnable fixtures. Going past 55 points isn’t out of the question.