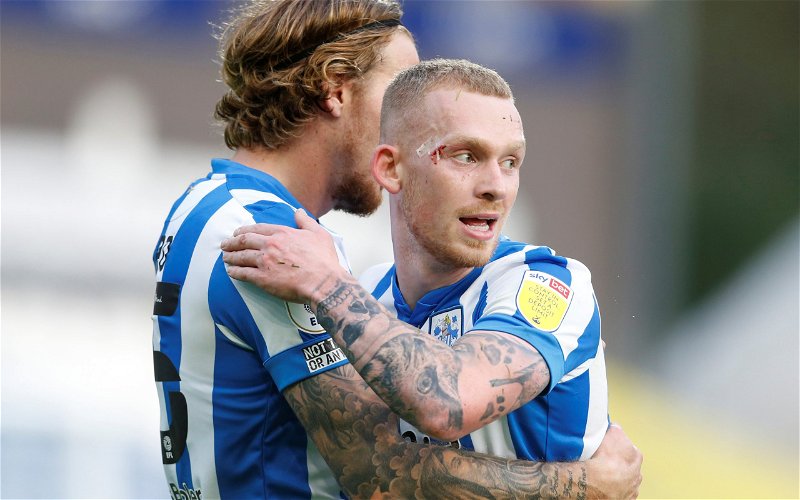 Phil Hay has all-but ruled Leeds United out of making a fresh move to sign Lewis O’Brien at Huddersfield Town in the January transfer window.

Leeds chased the signing of O’Brien back in the summer, with Town chairman, Phil Hodgkinson, revealing they had turned down a multi-million pound package for the midfielder.

O’Brien has since signed a new contract with Huddersfield and, as we all know, Leeds haven’t strengthened their depth in midfield.

Despite Leeds’ lack of depth in the engine room, Phil Hay has explained in The Athletic that he feels it’s unlikely the club will make a move to sign O’Brien in the January transfer window. He insists that summer was the time for that deal to be done.

“It seems highly unlikely given that Leeds didn’t want to pay more than £4m for him in the summer, Huddersfield wanted at least twice as much and O’Brien has since signed a new contract. He’s by no stretch an awful player, there’s actually quite a lot I like about him, but I really don’t see that happening now. I think the last window was the one for that. Bielsa’s a fan, though.”

O’Brien, 23, has made 18 appearances for Huddersfield in the Championship this season, scoring once, assisting another and carrying the captain’s armband in the recent absence of Jonathan Hogg.

The contract the midfielder signed on the back of Leeds’ pursuit of him tied him down to Huddersfield until at least the summer of 2025.

The midfielder’s new deal at Huddersfield means that the club’s valuation of him will be on the rise, with Leeds not willing to meet what it was set at in the summer.

Leeds aren’t big dealers in January anyway, so the suggestion that they will do anything at all in the winter is up for debate.

O’Brien, though, feels like a deal that would have to be done in the summer given the level of negotiating it would take.

Despite it looking unlikely at this stage, Daniel James is an example to us all that a deal is never dead at Leeds.