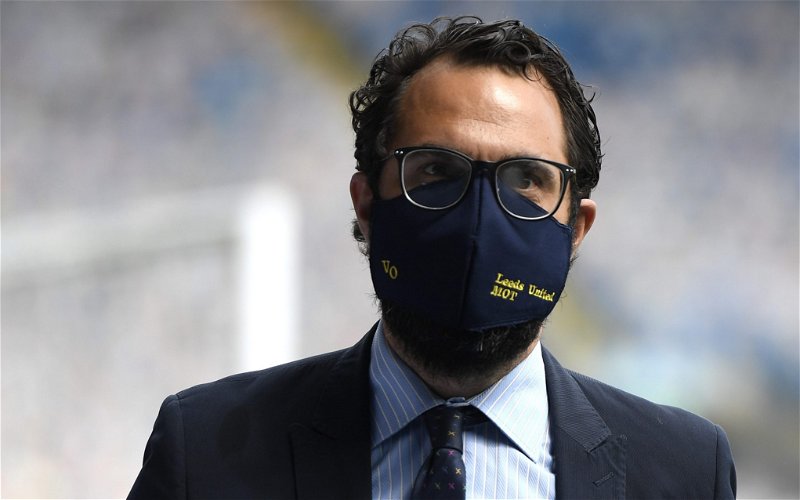 Leeds United director of football Victor Orta has turned the opportunity to leave the club for a role at Roma.

That’s according to Leeds’ Head of European Recruitment Gabriel Ruiz, who says Orta turned down the chance to move to the Italian club, in favour of persevering with his current project at Elland Road.

Having joined Leeds from Middlesbrough in the summer of 2017, Orta has had quite an impact during his time with the Whites.

The Spaniard played an important role in securing the services of Marcelo Bielsa as manager in 2018, and recruiting the signings that have since guided Leeds back to the Premier League.

As a result, Orta has become a key figure for the club, and it seems as though that has earned him plenty of interest from elsewhere in Europe, and Roma in particular.

It was reported earlier in the summer that the Serie A outfit were keen to offer Orta a role with the club, something which now appears to have been confirmed, although it seems the Leeds supremo is going nowhere.

Speaking in an interview with Italian outlet TuttoMercatoWeb, Ruiz was asked about the possibility of Orta moving to Roma, to which he responded: “It existed in the past. But the conversation did not progress because of his desire to continue at Leeds.”

Indeed, it seems Ruiz believes that Orta has no intention of leaving Leeds for any other club any time soon, as he added: “Our club is a crazy project and his will has always been to carry it on, to work with Leeds.”

What a boost this is for Leeds.

Orta has been an absolutely key figure for the club behind the scenes when you look at the business they have done under him, and keeping him will surely help them to continue to do that when necessary in other windows.

Indeed, you do have to credit Orta for his commitment to the club here, although in fairness, when you look at the passion he has shown for the club since his arrival, you would probably expect nothing less than that from him.