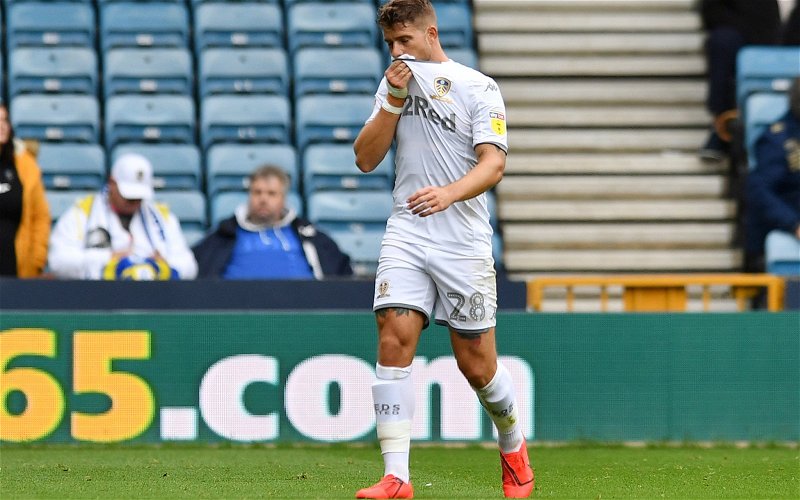 This season could spell the last of Gaetano Berardi’s Leeds United career but the former Swiss international is determined to enjoy it whatever decision is made come next summer.

Berardi was one of a number of recruits from outside of England during Massimo Cellino’s first summer as chairman of Leeds United back in 2014, signing from Serie A side Sampdoria. Cellino revealed that Berardi took a pay-cut to join Leeds.

Since then, Berardi has seen many players come and go at Elland Road but the once-capped Swiss man has remained a real cult hero during his six years at Leeds. Whatever he has lacked in ability he has made up for in his commitment, never giving any less than 100% for the white shirt.

With Berardi’s contract set to expire in the summer of 2020 he has revealed that talks are yet to take place between himself and the club and that he’s not sure if his future will remain at the Yorkshire side.

I don’t know what the plan of the club is,” Berardi told the YEP.

“But we will have to talk.

“Of course I am enjoying it. When I play I am enjoying it and even when I am not playing it’s difficult to be out but it’s good to be in this team and to see the lads winning games.”

Since joining Leeds Berardi has gone on to make 146 appearances in all competitions scoring twice, most recently in the Carabao Cup win over Salford back in August. He has been sent off a massive 8 times during his whites career – including on his debut against Accrington Stanley – which is somewhat of an unwanted record.

If Berardi does leave Elland Road in the summer then he will sure be remembered as a cult hero but if Leeds do manage to get promoted to the Premier League this time around then his departure would probably be the best thing for both parties.