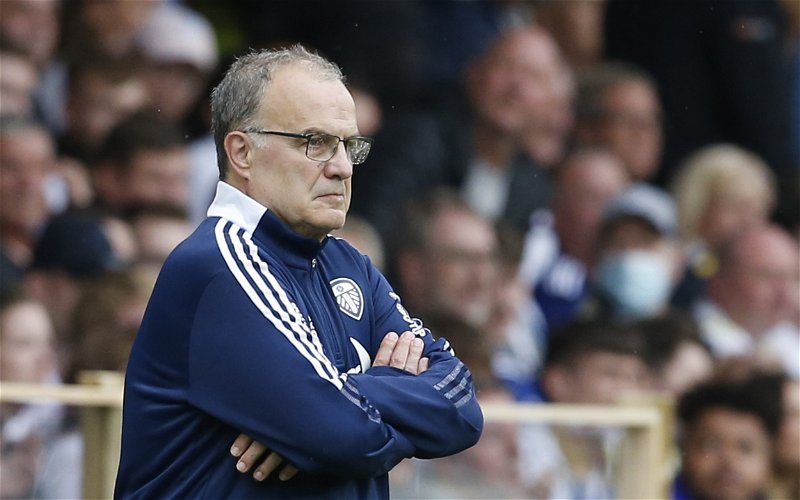 Leeds United manager Marcelo Bielsa deserves a great deal of praise for the work he has done at Elland Road.

That’s according to his West Ham counterpart David Moyes, who is expecting a tough encounter when his side face Leeds this afternoon.

While West Ham go into the Saturday’s clash with Leeds on the back of a strong start to the season, things are rather different for the hosts.

Bielsa’s side are yet to win in their opening five league games this season, meaning they start the day 17th in the table, just a point clear of the relegation zone.

But despite that, Moyes is clearly still impressed with the work Bielsa has done in re-establishing Leeds as a Premier League club in recent years.

Giving his verdict on Bielsa ahead of this weekend’s game, Moyes was quoted by football.london as saying: “If you watch their games, they have had a difficult start to the season.

“I am a big admirer of Marcelo Bielsa because of his record, and everyone enjoys watching Leeds United. It is a really tough game, the energy they put into their game, it is going to be a test for anyone who plays them.“

Offering his assessment of Leeds’ style of play under Bielsa, the West Ham boss added: “His teams have always had incredible energy, man-to-man marking in all areas of the pitch. But I think they’re more than that: they’re a really good long passing team.

It does feel rather hard to argue with Moyes’ verdict on Bielsa’s work at Leeds here.

When Bielsa took over at Elland Road in the summer of 2018, the Whites looked a very long way from being a Premier League club.

Under the Argentine however, the Whites have quickly become a dangerous top-flight side again, and you would expect him to find a way to turn their poor start to the season around.

As a result, it does feel as though Bielsa deserves plenty of credit for the remarkable transformation he has overseen at Leeds, in a relatively short space of time.