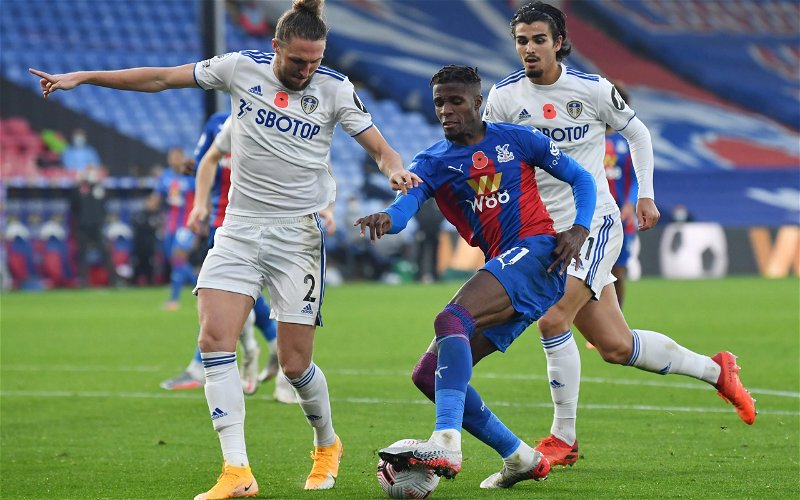 Crystal Palace could be without Wilfried Zaha when they make the trip to face Leeds United on Monday.

However, Leeds couldn’t build on that momentum and suffered a 2-1 home defeat to Everton last time out.

Up next for Marcelo Bielsa’s men is another home test and another chance to get revenge for a 4-1 defeat.

Crystal Palace travel to Elland Road in patchy form but with back-to-back wins under their belts.

The Eagles looks set to be without key players for Monday night’s clash after they only named a seven-man bench against Newcastle in midweek.

Adam Pope has reported that not only are another five first-team players doubtful for the trip, but star man Wilfried Zaha is too:

Zaha was forced off just after half-time following a hefty challenge and the club are still waiting on whether he’ll be fit for Monday.

Zaha tormented us at Selhurst Park and it would be a huge boost to us if he misses out.

He’s integral to everything Palace do and he’s one of the players you dread to watch play against our man-marking system.

If he beats his man, he’ll have half the pitch to run at, and that’s surely something Bielsa will be wary of.

Even without him, they’ve still got Ebere Eze who’s done the damage against us more than once for both Palace and QPR.