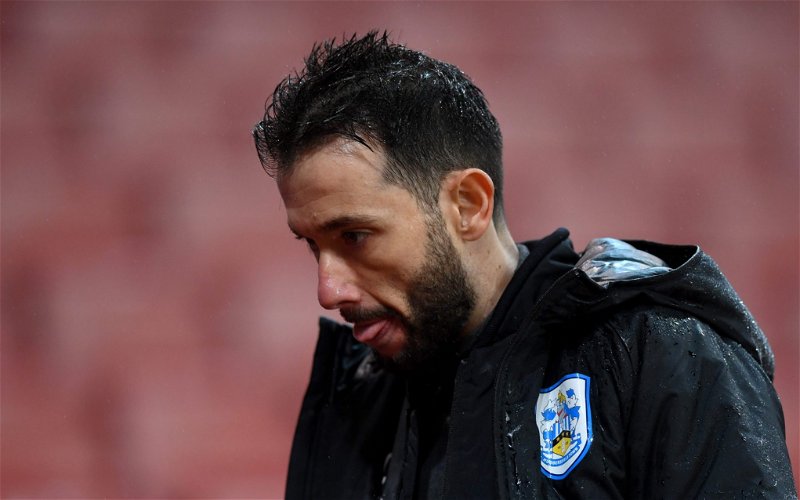 Leeds United’s promotion back to the Premier League made this summer the perfect time to leave the club, Carlos Corberan has revealed.

The 37-year-old coach stepped down from his role at Elland Road following the Whites’ Championship title winning campaign, to take over as first-team manager at Huddersfield Town.

Having joined Leeds in 2017, Corberan became a key member of Marcelo Bielsa’s backroom staff during his time at the club, taking charge of the Whites’ Under 23s side.

This summer however, saw Corberan end his three-year association with Leeds, as he left the club to take charge of first-team affairs at The John Smith’s Stadium.

Now, Corberan has been explaining his reason for leaving Elland Road, particularly at a time when the club were about to embark on their first top-flight campaign in 16 years, and it seems as though the opportunity to manager a senior side played a big part in that.

Speaking about that decision on The Coaches Voice, Corberan said: “We had made it back into the Premier League. I was working alongside a coach like Marcelo and for a club with fans like Leeds. So why change?

“I always wanted to be a coach. You also understand that, if you want to keep growing, every stage has to come to an end at some point.

“After promotion, I felt there couldn’t be a better ending. Promotion was the best way to give thanks for all the support and trust that Marcelo, Andrea, Iván and Víctor, alongside his working group, had given me.

“I had been given a great opportunity and I wanted to pay them back in the best possible way. In football, it is fundamental to give the best of yourself to people who believe in you.

“There is nothing more important than the club you are at, otherwise, you are at risk of valuing what you have only when you lose it.

“So you have to try to make the decision to leave on your own terms, and not ever have that decision taken by the people who hired you to be there.

“Every decision has a level of risk and fear. But, if you are able to put those aside, then you can go through the situations and challenges that you need to move forward.

“What really matters is seizing all that each opportunity can teach you. That is exactly what I am trying to do at Huddersfield. Because football challenges you every day.”

Since taking over at Huddersfield, Corebran has won four and drawn three of his 13 league games in charge of the Terriers, guiding them to 16th in the current Championship table, six points clear of the relegation zone.

I think you do have to credit Corberan for his desire and willingness to push himself here.

It could have been easy for him to stay at Leeds as part of Bielsa’s backroom team, and enjoy his time in the Premier League with Leeds.

Instead, he has chosen to take a chance on following his own ambitions by taking over at Huddersfield, a club who have not been in a strong position over the past couple of years, in a bid to prove he can manage at a high level.

That is something that, given the Terriers fairly solid start to life under Corberan, could pay off for the Spaniard, and given the contribution he made to Leeds during his time with them, I don’t think there will be many Whites fans who will begrudge him taking this opportunity.