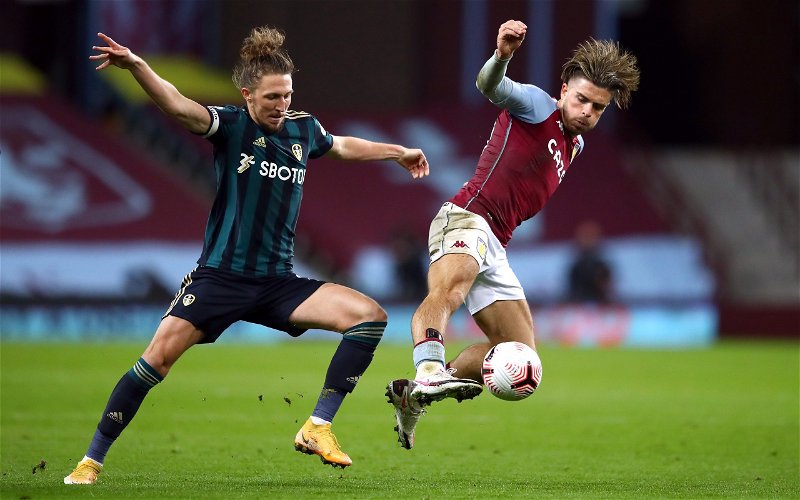 Leeds United will face Aston Villa tomorrow at Elland Road but both sides have confirmed major absentees for the clash.

Leeds might not be a Premier League team if Kalvin Phillips had joined Aston Villa in the summer of 2019 when interest was at its peak.

The Villans sit one point and two places above the Whites ahead of tomorrow’s game.

It’s set to be an enthralling game at Elland Road tomorrow evening but both sides are having to deal with setbacks.

Grealish sat out of Villa’s last fixture when they lost at home to Leicester at the weekend and there were strong suggestions he’d be out this week too.

Marcelo Bielsa has stated his wish that the best players for each team be available as much as possible, with the Villa captain falling into that bracket.

However, Bielsa’s wish has not come into fruition with Dean Smith confirming in his pre-match press conference that the playmaker is out again.

The injury in question is in his lower leg, and the visitors will have to do without their main man again.

It’s a huge boost for us as much as it’s a terrible blow for Dean Smith.

Without Phillips, it would have been a scary thought to have Grealish pulling the strings, even if he struggled against us without Phillips at Villa Park.

Even without him, they’ve still got an incredibly talented attack and still carry a huge threat.

We should take confidence from our last performance though that we’re looking a lot more solid at the back anyway.