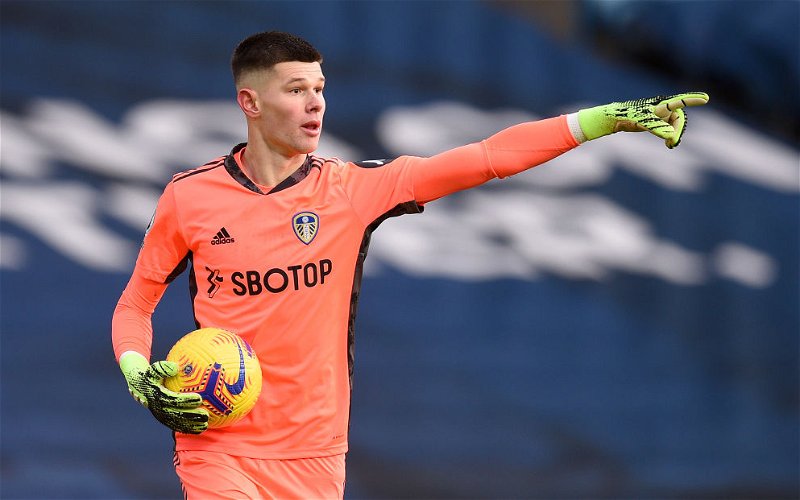 Leeds United have confirmed that first-choice goalkeeper Illan Meslier is back in training after sitting out for the last two games.

The Whites haven’t had a good start to the New Year, losing three games in a row after ending the last calendar year emphatically at West Brom.

With an FA Cup shock away to Crawley followed by a limp home defeat to Brighton, there’s a subdued mood amongst the fans at the moment.

Illan Meslier was missing for both of those defeats with Kiko Casilla stepping in to replace him.

While it was expected that the Spaniard would start at Crawley, it was a touch concerning to see him between the sticks at home to the Seagulls in the league.

The club made no comment on why the Frenchman was out with Marcelo Bielsa only saying he was ill, but not that he had tested positive and had to miss out.

However, with the Newcastle trip just around the corner, the club’s official Twitter account have confirmed that the youngster is back in training:

It’s a massive boost to have him back in the side to face Newcastle.

While Casilla didn’t actually do much wrong at home to Brighton, I’ll feel much safer knowing we have a ‘keeper in goal who doesn’t have a mistake in him every match.

Some could argue that Meslier has been somewhat prone to errors or lapses in concentration when playing out from the back but I believe he’s been one of our better players this season.

At just 20-years-old, he’s getting better with every game and looks to be an incredible talent for the future.