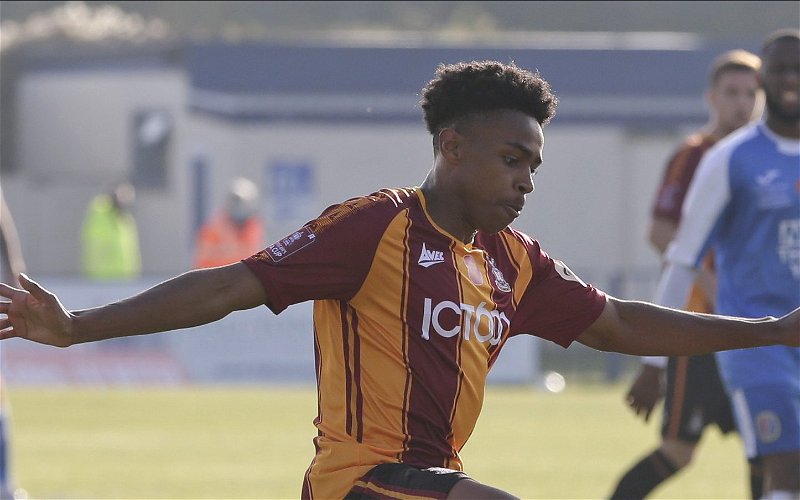 Leeds United have confirmed that defender Bryce Hosannah has signed a new contract with the club.

The 21-year-old is currently on loan with Bradford City, but it seems the prospect of a permanent departure from Elland Road any time soon, has now been put to bed for Hosannah.

A graduate of Leeds’ academy, Hosannah has yet to make a first-team appearance for the Whites, although he has impressed for the club at youth level.

The right-back is now being given his first taste of first-team with a season-long loan spell with Bradford, and has so far made seven appearances in all competitions for the League Two side.

Now, it seems as though Hosannah may have impressed enough during the early part of his time at Valley Parade, to earn a new contract with Leeds.

It was announced by Leeds on Thursday morning that the defender has put pen to paper on a new two-year deal with Leeds, securing his future at Elland Road until the end of the 2021/22 season.

As things stand, Hosannah and Bradford currently sit 15th in the League Two table, with 12 points from ten league games so far.

This looks like a smart move for Leeds to make.

With Hosannah possessing plenty of potential, this contract gives Leeds the chance to monitor the defender’s progress, without having to make a snap decision on him come the end of the season.

As a result, Hosannah may well be hopeful that that could see him given a possible first-team opportunity next season, and given the success Leeds have had with academy graduates making their way into the senior side, it could certainly make sense for them to give him a chance.

On the flip side, it also means that, if Leeds are perhaps not convinced by Hosannah during his time with Bradford, they will be able to receive some sort of fee for him, if they look to move him on permanently when the transfer window opens at the end of the season.