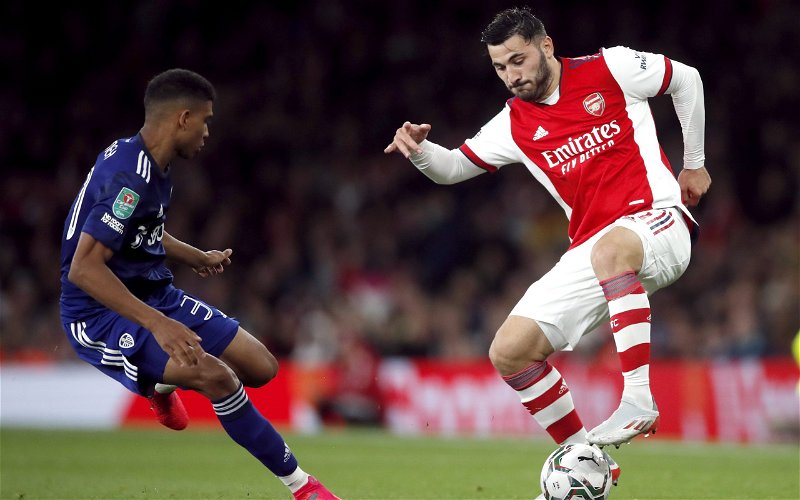 Cody Drameh has left Leeds United on loan, moving to Cardiff City for the remainder of the 2021/22 campaign.

Leeds have given Drameh a handful of first-team opportunities this season, with Marcelo Bielsa’s squad impacted badly by injuries.

However, the young right-back will now spend the remainder of the season out on loan in a bid to further his senior opportunities.

It’s been confirmed on Leeds’ official website that Drameh’s move to Cardiff is done, subject to international clearance.

The 20-year-old will spend the remainder of the season with the Bluebirds, who are looking to pull themselves clear of the Championship relegation zone.

Drameh has made five appearances for Leeds this season, three of which came in the Premier League and the last of which came on Sunday, when he replaced Junior Firpo in the 69th minute of a 2-0 defeat to West Ham in the FA Cup.

There is no option to buy included in the loan.

We aren’t saying anything we haven’t already when we underline that this leaves Leeds’ already short squad, shorter.

Drameh has been playing for Leeds and developing nicely in difficult circumstances. Losing him, in some ways, is a blow.

However, longer-term this deal is going to be good for Leeds, with Cardiff able to offer the youngster a touch more first-team exposure.

Leeds have high hopes for the right-back in the future and this is going to help him on his way to becoming a first-team regular.

Fair play to him for wanting to push for the opportunity.