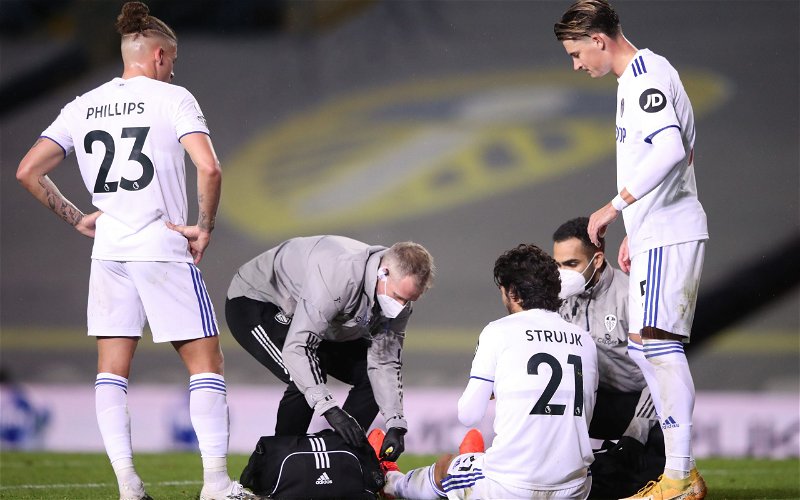 Marcelo Bielsa is edging closer to having a full-strength Leeds United squad, but still has a few absentees this weekend.

Injury concerns have been a recurring issue for Leeds and Bielsa this season, but it’s not stopped the side from having a great season.

So far, Leeds find themselves on 35 points and already on a tally that would have secured safety last season.

The visit of Chelsea to Elland Road this weekend sees a number of players making strides towards being 100% fit.

While Kalvin Phillips and Rodrigo made their first-team returns on Monday against West Ham, Bielsa still has players missing.

Pascal Struijk was forced to sit out against the Irons with a knock, while Pablo Hernandez has struggled with muscle injuries throughout this season.

Bielsa delivered the latest on the duo as Leeds prepare to welcome Thomas Tuchel’s revitalised Chelsea to Elland Road.

“Neither will be able to play.” He told Leeds Live.

“The response I must give is the progress of his evolution will tell us when he (Struijk) returns.

Given the injury Pascal has, it is not a serious injury because various players of ours have played with this injury.

“That’s why I say it’s not serious. While he is not needed urgently, I prefer he has more time to recover completely.”

Bielsa is spot on to manage Struijk’s injury like this, given that Diego Llorente has stepped in and looks 100% fit now.

There’s no rush to get Struijk back into the lineup, even if he’s a first-team regular now in Bielsa’s eyes.

As surprising as it sounds, we’ve got enough depth without Struijk to not need to force him back too soon.

Gaetano Berardi’s return is key to that being the case too.