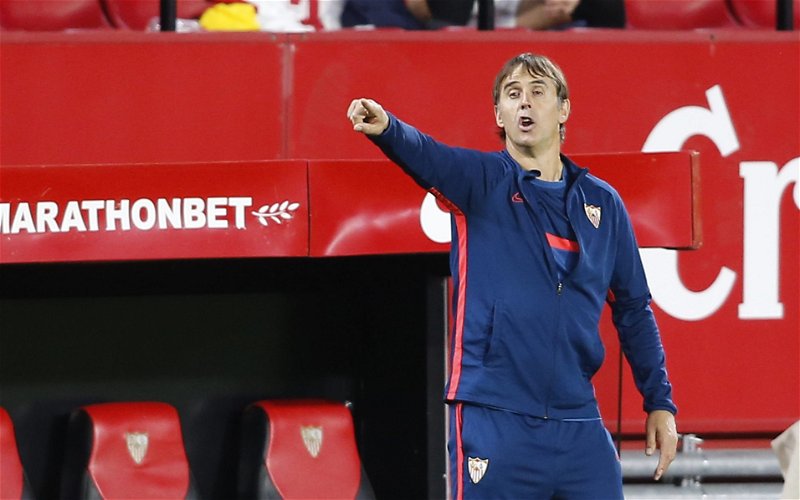 La Liga side Sevilla are unaware of any potential interest in their manager Julen Lopetegui from Leeds United.

That’s according to a report from Spanish outlet Mundo Deportivo, via Sport Witness, who have been providing an update on the Whites’ recent links with the 54-year-old.

With Marcelo Bielsa once again only signing a one-year contract at Elland Road at the start of this season, the inevitable concern about his potential departure next summer, and who might replace him should that happen, continues to hang over the club.

Reports from The Daily Mail this weekend claimed that Sevilla boss Lopetegui was being lined up as a potential replacement for Bielsa should he ever decide to leave Elland Road, with Leeds owner Andrea Radrizzani said to be a fan of the Spaniard.

Now however, it appears as though that may not be the case, with these latest reports stating that Sevilla are oblivious to that supposed interest in Lopetegui from Yorkshire.

The Spanish outfit are instead said to be focused on an important and busy period for the club, which includes games against Chelsea in the Champions League and Real Madrid in La Liga this week.

Lopetegui was infamously sacked as Spain manager on the eve of the 2018 World Cup, after it was announced he would take over at Real Madrid after the tournament, although he would be sacked by the Spanish giants after just a few months in charge following a dismal run of results by their standards.

At the start of last season, Lopetegui was appointed as manager of Sevilla, and guided them to a fourth-place finish in La Liga, and another Europa League title, in his first season in charge.

There is currently a year-and-a-half remaining on Lopetegui’s contract with Sevilla, securing his future at the club until the end of the 2021/22 season.

Regardless of whether or not reports of Leeds’ interest in Lopetegui are accurate right now, you could understand him being a future managerial target for the Whites.

Lopetegui is clearly an excellent manager judging by his recent success with Sevilla, and would no doubt be a safe pair of hands if they needed to find someone to take over from Bielsa.

Indeed, with Spanish nationals such as Rodrigo, Pablo Hernandez and Diego Llorente currently making up an important part of Leeds’ squad, there would be a lot of sense in appointing a Spanish coach at some point in the not too distant future.

It is also worth noting that even if Leeds are not interested now, there is still plenty of time for that to change before Bielsa’s contract expires this summer, although admittedly, you feel the preferred outcome for most associated with Leeds come the summer, would be for the Argentine to put pen to paper on a new deal to extend his stay in Yorkshire into a fourth season at least.