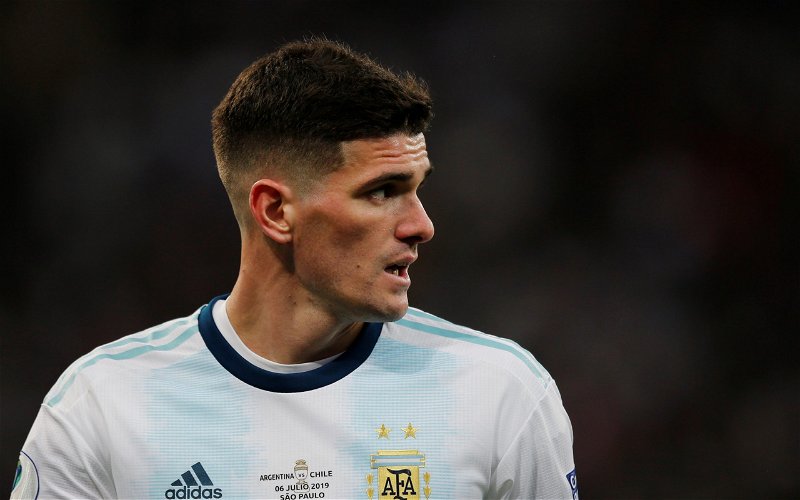 Udinese Sporting Director, Pierpaolo Marino, has pledged that the club will not sell Rodrigo De Paul this winter despite constant links to Leeds United.

Leeds flirted heavily with De Paul in the summer, but a move never materialised.

With January now upon us, fresh talk around De Paul’s future has emerged.

It’s actually quite a blunt message coming out of Udinese this month.

The message seems clear: meet De Paul’s asking price in the summer and you’ll have a deal.

The Pozzo family never sell Udinese top players in January. So I can only confirm that if he does leave, if he receives the right offers, then it’ll be next summer

Only one thing is for sure, that the principal transfers will be made after the opening six games of 2021. That’s when we’ll see players available will seek out their new destinations.“

Marino told DAZN, as per TEAMtalk.

In terms of the midfielder’s on-field performance this season, he’s scored three goals and registered an assist in 14 appearances.

Ah, it wouldn’t be a transfer window without De Paul.

It’s not going to happen this month, which I think is fair enough.

Marcelo Bielsa has enough in his squad to keep Leeds in the Premier League and, if he does so, that’s job done.

Moving into the summer, it’s important that this group evolves. They need another midfielder and, as we stated last summer, De Paul could be that man.

He’d be a great signing and money will be more available in the summer.

His price isn’t going to be an issue then if Leeds are preparing for another year of Premier League football.