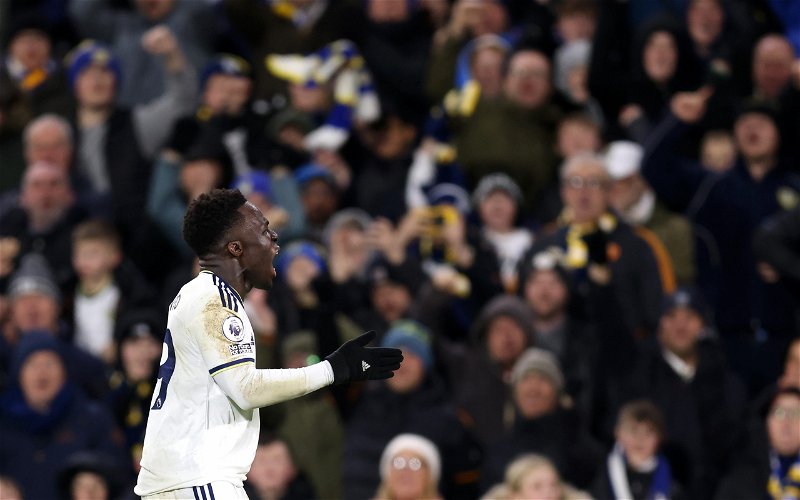 Willy Gnonto continues to thrive for Leeds United, with the Italian’s FA Cup brace against Cardiff City on Wednesday night lighting up the third round replay.

Leeds hurried into signing Gnonto back in the summer, swooping to pay FC Zurich an initial £3.8m for the service of the teenager.

The 19-year-old has three goals and one assist to his name in 10 appearances for Leeds, with Jesse Marsch recently claiming that he’s worth a lot more than the fee paid to bring him to Elland Road.

Recent claims have suggested that add-ons will more than double that initial outlay, but it’s still looking a snip for Leeds.

Amid this incredible run of performances from the forward, our writers Kris (FA5) and Alfie (N12) look at where Gnonto’s valuation might sit right now:

I think if we were to actually discuss the chances of Leeds selling him any time soon, you’re looking at a near club-record sale, especially when you see the fee Shakhtar Donetsk rinsed Chelsea for with Mykhailo Mudryk (£88.5m).

£4million looks like a simply laughable fee to pay every time he touches the ball, and he’s getting better with every game he plays, oozing confidence.

A lot of justified criticism is thrown at Victor Orta for some of the club’s failings in the market recently, but you have to give credit where it’s due, he’s pulled an absolute blinder here finding Gnonto.

Now that the spotlight is on him after bursting onto the scene, I expect that every top drawer performance from here on will further increase his stock, and attract more interest from the very elite.

Quiz: 15 questions all about Leeds United’s Wilfried Gnonto – Can you score 100%?

It’s gone up tenfold from the £4m and that’s a figure that’s only going to grow in the months to come.

Gnonto has only just turned 19 and has shown that he’s not just ready for the Premier League, he’s ready to thrive in it.

He’s Leeds’ best player right now and someone that elite clubs will come looking at, as they did with Raphinha and Kalvin Phillips in the summer gone by.

Leeds are in a strong position, too, given Gnonto’s age and contract length. He’s just under a decade away from his peak, with four-and-a-half years to run on his deal at Elland Road. They can demand, essentially, whatever they want right now, as other clubs are doing; Mudryk to Chelsea being a great example of that.

Leeds will need him to have another 18 months on this trajectory, but there’s nothing to suggest that he cannot become a club-record sale somewhere down the line, such is his quality.

The £4m, even if it doubles with add-ons, is an incredible piece of business from Victor Orta.

Is Gnonto a guaranteed starter now? 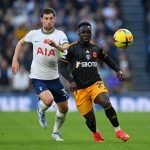 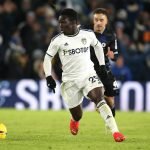