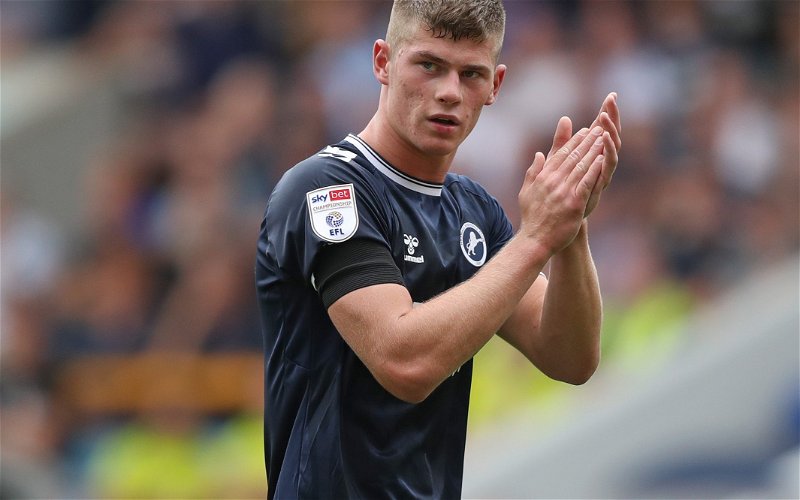 Middlesbrough are interested in signing Leeds United centre back Charlie Cresswell on a permanent deal.

That’s according to journalist Alan Nixon, who says the Championship side see the 20-year-old as someone who could help them both immediately, and in the years to come.

Cresswell is currently on loan with Middlesbrough’s Championship rivals Millwall, but has found game time hard to come by this season.

As a result, it was recently reported by The Athletic, that Leeds were considering recalling the centre back from The Den, amid permanent and loan interest from elsewhere.

Now it seems as though Middlesbrough are one club who could pull off a long term move for the England Under 21 internatonal.

According to this latest update, ‘Boro are keen to buy Cresswell from Leeds, and it is suggested that a fee of £4million, with bonuses, could be enough to secure a deal.

It is thought that Michael Carrick’s side view the 20-year-old as someone who could help their promotion push this season, and prove to be a long term asset for them.

Meanwhile, Sunderland are said to be keen on a loan deal for the centre back, with other sides also reported to be considering an attempt to sign Cresswell permanently.

It is interesting to see how much things have changed for Cresswell’s Leeds prospects in such a short space of time.

Not long ago, the centre back looked like being a player who was going to be a key part of the Elland Road club’s defensive line for many years to come, with this loan supposed to set him up for that.

Now though, it seems he could be set to leave for good, in what is a reminder of how quick things can change in football, and it may be a shame if that happens, given the promise he showed last season.

Even so, considering the potential he possesses, and the level of interest there appears to be in him, there can be no denying this will be a coup for Middlesbrough if they pull it off.