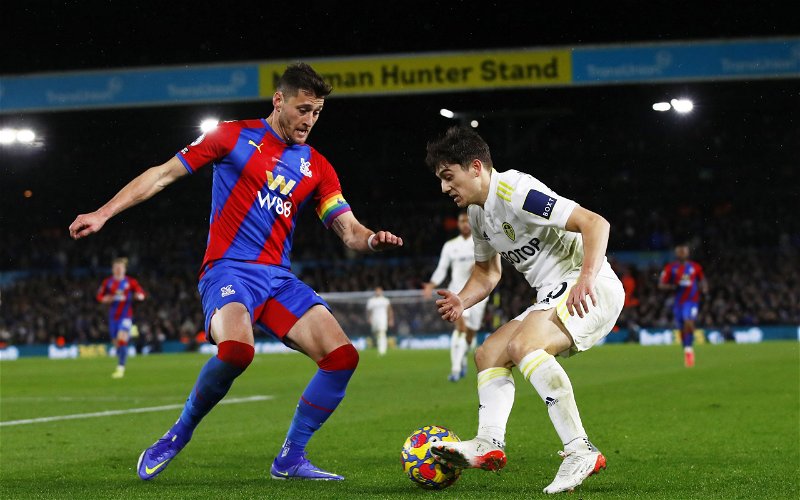 Plenty of Leeds fans have been reacting to the performance of Dan James in their 1-0 win over Crystal Palace on Tuesday night.

That victory could prove to be a crucial one in the context of Leeds’ season, and it seems many were pleased with James’ contribution to that win.

Having finally joined Leeds from Manchester United on the final day of the summer transfer window, it had taken James some time to get up and running at Elland Road.

However, recent showings have been more promising, not least with his first goal for the club in the recent defeat at Tottenham.

The Wales international seemed to build on that again in the win over Palace last night. According to WhoScored, James completed 2 key passes, with an overall passing accuracy of 80%, while also recording four shots and three crosses, meaning he was heavily involved in this win.

That is something that did not go unnoticed among supporters, with many Leeds followers keen to praise James as they took to Twitter to give their thoughts on the game.

Here, we take a look at what some of those fans had to say about the 24-year-old’s latest performance.

This is certainly good to see from a Leeds United perspective.

Having paid so much money for James, the club are obviously going to want to get some sort of return on their investment.

After a slow start to the campaign, it now looks as though they might be able to do that, with the winger’s performances becoming much more like what is expected of him.

As a result, given the quality he can produce, and how important that would make him to this team, this could yet become a very good piece of business from Leeds moving forward.