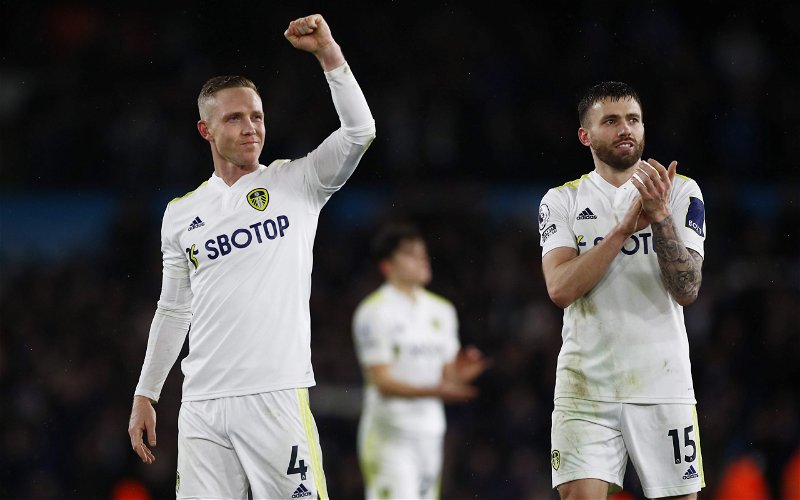 BBC pundit Mark Lawrenson believes Leeds United are set to continue climbing up the table with a win over Brentford on Sunday.

The relegation zone still isn’t too far away from Leeds at the moment despite a late win over Crystal Palace on Tuesday.

However, that result did seem to spark a huge change in the overall mood at Elland Road, with key players returning having a snowball effect of positivity right now.

Up next for Leeds is another good chance to pick up three points in a home clash against Brentford.

The Bees have been hit and miss of late and come to LS11 on Sunday just a point clear of the Whites despite their electric start to life in the top flight.

Thomas Frank’s men know they could also be sucked into a relegation battle if they’re not careful, just as is the case at Leeds.

However, those concerns could be allayed for this week if Mark Lawrenson’s BBC predictions ring true.

Issuing his verdict for the game at the weekend, he believes Leeds will come away with a third successive clean sheet and 2-0 win, where he wrote:

“Leeds are still not in full-flow going forward but their results are steadily improving and I think they will continue to edge away from the relegation zone.

“Brentford will keep on picking enough points to stay safe, especially at home, but I don’t see them getting anything at Elland Road.“

I’m quietly confident that we can get the better of Brentford, given the fact we’ve had two extra days’ rest and our form at the moment.

One thing that gives me a lot of hope going forward is that our defence is looking far more settled and competent right now.

Brentford are no pushovers though and we will be in for a very tough game against Thomas Frank’s attacking outfit.

Whatever the scoreline, I’m expecting a very entertaining game between two positive sides.