Leeds United are closing in on the signing of Chelsea starlet Lewis Bate with the clubs agreeing a fee for him.

The Whites are busy once again in the transfer market with players coming in for both the youth and senior sides this summer.

Amari Miller and Sean McGurk have arrived for the under-23s to add even more exciting talent but Victor Orta has clearly been keen to add more.

The club have been alerted to the contract situation of Chelsea midfielder Lewis Bate, who has rejected the chance to sign new terms with the club in an effort to leave for more playing time.

Since then, the deal has been thrashed out in no time at all and now Leeds look like concluding a deal later today after reports from Chelsea-based journalist Nizaar Kinsella:

Leeds could announce the player today after agreeing a £1.5million deal for the central midfielder and it’s some coup from the club to pull off the signing.

Plenty of fans were buzzing with this development as the signing nears its completion, while some Chelsea fans weren’t pleased…

You can see why Chelsea fans are fuming with this deal, given the fee we’re paying and the fact that they have experience with losing young players for small fees that go on to be great players.

Tariq Lamptey is one that looks to be showing the club what he’s worth right now at Brighton and we could be onto the same sort of deal here.

£1.5million just seems like such a bargain with how well he’s done in the under-23s for Chelsea.

Hopefully, we can utilise his talent and develop him into a top-drawer player because these Chelsea fans know that they’re letting a serious player go. 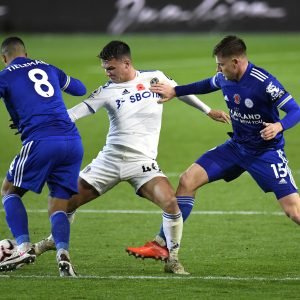