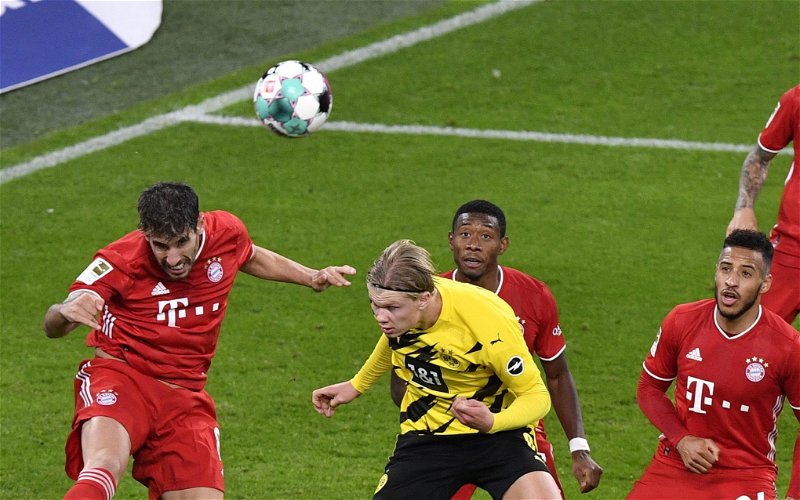 Erling Haaland is likely to play in England before he retires, with Leeds United a possible destination for the Borussia Dortmund superstar.

That’s according to Norwegian journalist Jan Aage Fjortoft, who has been speaking about the young striker’s future, which it seems could involve a return to Yorkshire, in his view anyway.

Even with his rapid rise to becoming one of the biggest names in World football with his exploits for Dortmund, the links with Leeds continue to stick with Haland.

The 20-year-old was of course born in Leeds when his dad, Alf-Inge Haaland, was playing for the Whites, and judging by the revelation made by Stuart Dallas after the Leeds defender came up against Haaland in a recent clash between Northern Ireland and Norway, the striker has not forgotten those roots.

Now it seems as though the expectation is growing that Haaland will play in the Premier League before the end of his career.

Liverpool and Manchester United have both been linked with the striker recently, but Fjortoft believes a return to Elland Road for the Haaland name should not be ruled out just yet.

Discussing Haaland’s future prospects, Fjortoft told Fabrizio Romano’s “Here We Go” podcast: “It’s anyone’s guess, I think, where he will end up. I think that he will never retire before he has played in England.

However, it seems we may still have to wait some time for that to happen, with Fjortoft adding: “But I can’t see that [in] the short term that he’s going there.”

You wouldn’t blame Leeds fans for getting excited by this.

Even if they do have to wait until the latter stages of his career, if Haaland maintains the form he is currently in, then it would still be a huge signing for the Whites.

Indeed, judging by what you hear about Haaland’s affection for the club, it would be no surprise if he was to end up at Elland Road at some point in the future.

But at just 20-years-old, Haaland still has plenty of football left to play, and he will want to test himself at as a high a level as possible, so considering where Leeds are now, he might not be in any immediate rush to seal that deal.