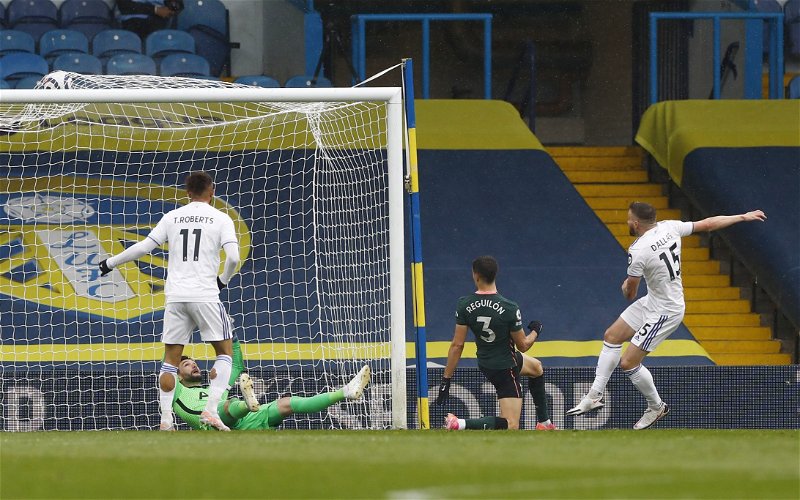 Leeds United CEO Angus Kinnear has issued the latest on the potential income the club is set to recieve based on television rights, as Marcelo Bielsa’s side continue to be box office material.

The Whites clinched promotion last summer and one of the main talking points regarding that is the huge riches bestowed upon the club in comparison to languishing in the Championship.

It saw Leeds spend big in the transfer market, with a reported near £100million spent on new signings both for the firts-team and the under-23s.

What is the largest contributor to that is the TV revenue from being watched all over the world.

The Premier League’s various TV deals mean that there is a much more lucrative stream for each of the clubs in that league, rather than the Championship, as Leeds have witnessed first-hand.

The TV exposure has grown in the past 12 months though, due to the fact that fans haven’t been present since March 2020, so every top-flight clash has been televised.

Games obviously have been scheduled to be during traditional slots for each channel, while some extra games at the usual Saturday 3pm time have been shown as well.

Because every game’s been on TV they split them between ones with a so-called facility fee and ones that are being broadcast because of Covid.

Whenever we get put on TV the club secretary says ‘Does it come with a facility fee?’ because there’s a big difference.

We have had 24 games on TV, we budgeted for 16 on the basis that the least attractive clubs get 10 and we thought we’d be above that.

To get 24… the last time I looked Man City were on 25 and Liverpool on 26, that’s right at the top in terms of box office.

So, the summary of that is that Leeds at least expected to get more money than lesser Premier League teams, but have actually been one of the most watched sides.

These facility fee games Kinnear mentions are the games that are traditionally broadcast anyway outside of Saturday 3pm games.

Leeds, like almost every season, have barely played at that time, so it’s a good sign going forward.

Fans will be back next term so not every game is going to be televised, but we’ll still be box office.