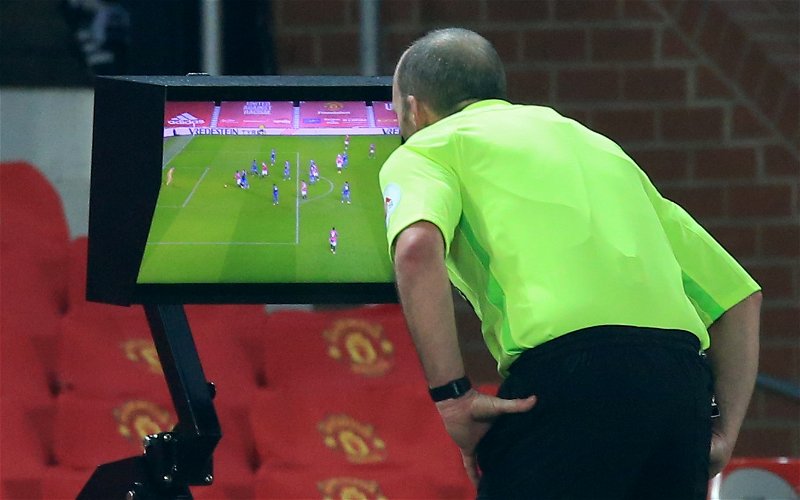 Leeds United CEO Angus Kinnear has issued his verdict on VAR ahead of the side’s home clash against Everton.

The Premier League promised a huge amount of benefits for Leeds upon promotion, but one of the main drawbacks to the top flight seems to be the officiating issues at the moment.

Constant checking of decisions and a lack of clarity and cohesion between matches and different officials means barely any players know what’s going on each week.

While VAR has helped clear up a lot of incorrect decisions, it’s easily debatable that it is causing more harm than good.

Leeds have been on the wrong end of one of the worst offside decisions this season, when Patrick Bamford’s arm ruled out what seemed a perfectly fine goal away to Crystal Palace.

Said goal has just been trumped by Che Adams’ disallowed strike away at Old Trafford on Tuesday night, who was ruled out for seemingly having a finger offside.

It’s not just Leeds that are keeping a brave face when it comes to VAR, but Angus Kinnear has not pulled any punches when delivering his verdict on the matter.

“This column has endeavoured to avoid commenting on officiating controversy in our matches but this week, away from Leeds, we have seen more decisions that are bastardising the very foundations of the laws of the game.” Kinnear wrote in his programme notes ahead of Leeds’ home match with Everton.

“Whether it’s Manchester City scoring a goal which is 20 yards offside because Tyrone Mings has the audacity to attempt to clear the ball, or Southampton’s Danny Ings scoring a perfectly good equaliser, if it were adjudged by the spirit of the game, only to be denied by a geek over a hundred miles away frenetically trying to align his cross-hairs with an arse and an elbow while simultaneously demonstrating he doesn’t know one from the other.”

He’s spot on, and it’s becoming a complete joke that logic isn’t coming into play with some of the rules.

When you see VAR lining up the attacking player with the defenders seemingly playing him on, it’s almost as if they’re trying to spin an angle on him until he appears to be offside.

Var was brought in for the sole purpose of giving referees more support, not becoming autonomous decision-makers for each game.

If VAR was planned to have this much control, there is virtually no point having a referee there for these decisions.