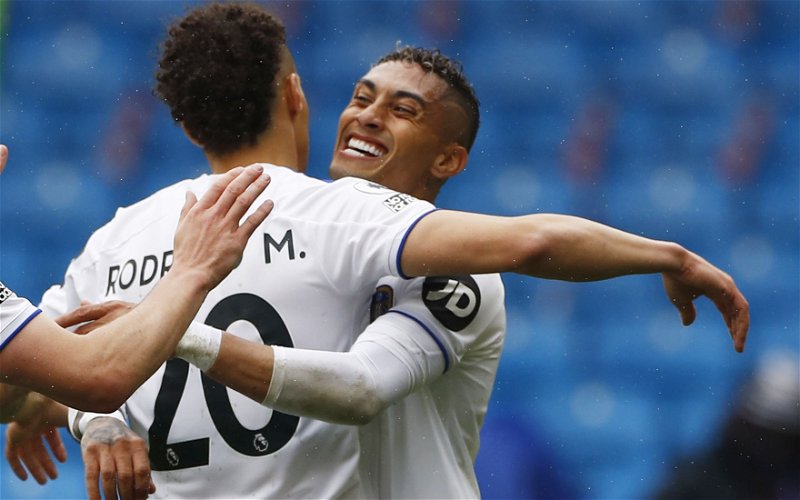 Leeds United winger Raphinha turned down the chance to represent Brazil for the first time during this month’s international break.

That’s according to Leeds owner Andrea Radrizzani, who says the 24-year-old was offered the chance to play for his country by the club.

Following his outstanding form for Leeds during his debut campaign at Elland Road last season, Raphinha was handed his first call-up to the national team for Brazil’s September World Cup qualifiers.

But government isolation rules mean that the winger would have had to quarantine for ten days on his return to England after playing for his country, which would have kept him out of Leeds’ next three games.

It was later announced that the Premier League had taken the unanimous decision to block any call-ups for players that would have to quarantine when they arrived back in England, ruling Raphinha out of action for Brazil.

Now however, it seems as though Raphinha himself took the decision not to link up with Brazil for those games.

Speaking about the international call-up situation while at the European Clubs’ Association conference this week, Radrizzani told BBC Sport: “We invited him to make a decision and he decided no. He showed great respect for his club and the Premier League in giving up this opportunity to play for his country for the first time.”

This will surely only serve to make Raphinha even more popular amongst the Leeds United fanbase.

The attacker was already a big hit following his efforts last season, which had fully justified his first call-up by Brazil.

Having never played for his country before, that would have been a huge moment for Raphinha in his career, and the fact he turned that down in order to remain available for Leeds just shows his commitment and dedication to the club.

There could still be a twist if FIFA decide to sanction those teams who blocked international call-ups, but you have to admire Raphinha’s respect for Leeds here, and hope this situation can be sorted quickly, then he gets his international chance sooner rather than later.