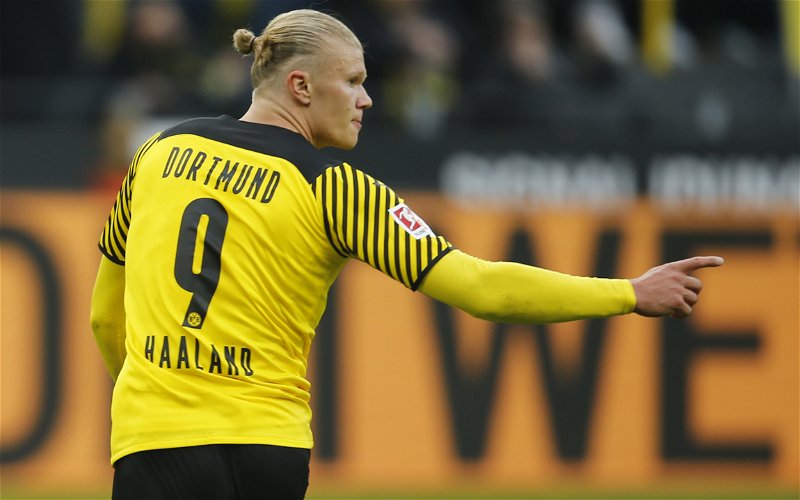 Agent Hayden Evans has revealed just how close Leeds United were to signing Erling Haaland back in the 2017/18.

Wearing Leeds shorts around Dortmund’s training ground, whispering ‘Marching on Together’ in Stuart Dallas’ ear, and obviously the fact he was born here with a father who played for Leeds.

These are all reasons why fans have clamoured for him to sign, but the club came very close to actually bringing him in.

Back in the 2017/18 season, Leeds were fresh under the ownership of Andrea Radrizzani and the management of Thomas Christiansen.

In a year of questionable transfers, Leeds weren’t far off at all from signing the towering Norwegian while he was plying his trade at Molde.

Leeds-based agent Hayden Evans has opened up about the Thorp Arch interaction between Haaland and Christiansen, when he spoke on the Phil Hay Show podcast.

“They usually have the Leeds United shirt already made up with Haaland on the back and all the rest of it.

“What was impressive about them at the time was he said, ‘look, let’s go to the training ground, that’s what the boy wants to see, Elland Road’s Elland Road, he loves it as a Leeds United fan but as a footballer, we want to talk football’.

“They were in the middle of a first-team session and Christiansen had stopped the session and came over to Erling and hugged him, talked about football and all the rest of it.

“That went really well and Christiansen was impressive, frankly.”

It’s so frustrating knowing what a player he’s turned out to be.

I think it’s safe to say the ship has sailed on Haaland ever pulling on a Leeds shirt anytime soon.

Even though he didn’t join us, it’s obvious he’s mapped out his career at the moment very well, making sure he’s made the right move for his development.

Dortmund is one of the best places he could be playing his football right now.