After Aston Villa wrap up Rangers deal, could Leeds United eye an Ibrox agreement of their own? 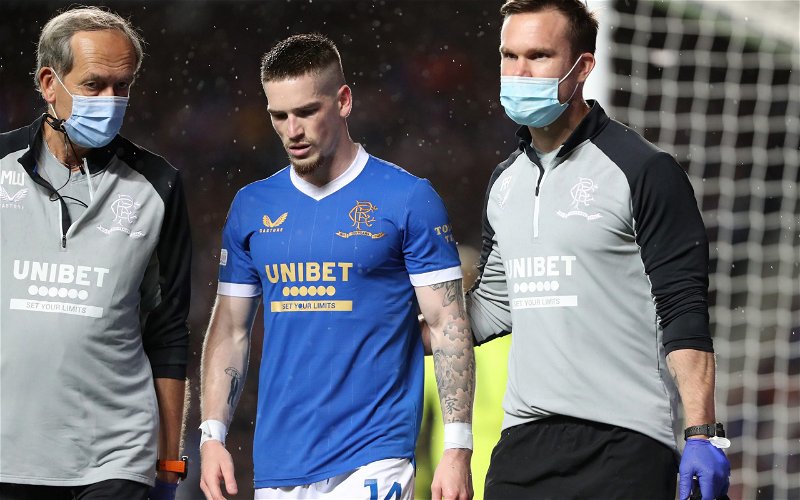 Aston Villa’s appointment of Steven Gerrard from Rangers could open the door for Leeds a United to swoop for long-term target Ryan Kent.

Leeds were very successful in the summer window just gone by as they attempted to rekindle old transfer interests.

Dan James’ £25million signing from Manchester United ended over two years of pursuing from Elland Road, but he’s not the only man Marcelo Bielsa has consistently cast an eye over.

Ryan Kent is a name very difficult to ignore each summer, with Leeds credibly linked with the versatile attacker thanks to his terrific form under Steven Gerrard at Rangers.

However, the Glasgow giants have resisted interest up until now thanks to the Liverpool legend at the helm.

The landscape may have changed significantly now as Gerrard has now just accepted the vacant position at Aston Villa.

Kent’s form for the SPL leaders could likely see him resurface once more as a potential transfer target.

Kent’s numbers at Ibrox have always been a cut above the rest, and even with his goal involvements this season dipping compared to previously, his output is above what we see at Leeds.

He hasn’t been helped by a lengthy hamstring injury, but he’s still notching up a good return so far.

One goal and four assists is more contributions than any player that isn’t Raphinha, and he could have had more if he converted his chances more efficiently.

An xG of 2.59 is a strong underperformance from him, but not a fundamental issue when we see that he’s not typically having low-scoring campaigns. You’d expect him to recapture his goalscoring touch.

What tips him from the category of a solid player to the one that Bielsa has been so keen on for so long si the other aspects of his game.

He’s played across the front line throughout his Rangers career and not dipped in form really, as proven in his averages such as his 83.3% passing accuracy.

For a player in such dangerous positions, it is effectiveness with the ball that Leeds have been sorely lacking in the final third – more than three progressive runs per 90 minutes says a lot too.

Work off the ball is just as key to Bielsa’s system and being able to turn over the ball is a strength of Kent’s that would help him slot right in, with 3.35 recoveries (mostly in the opposition half) a great figure.

It only serves as mere speculation at this point, but you’d be surprised if Victor Orta has seen the Gerrard developments and not paid attention.