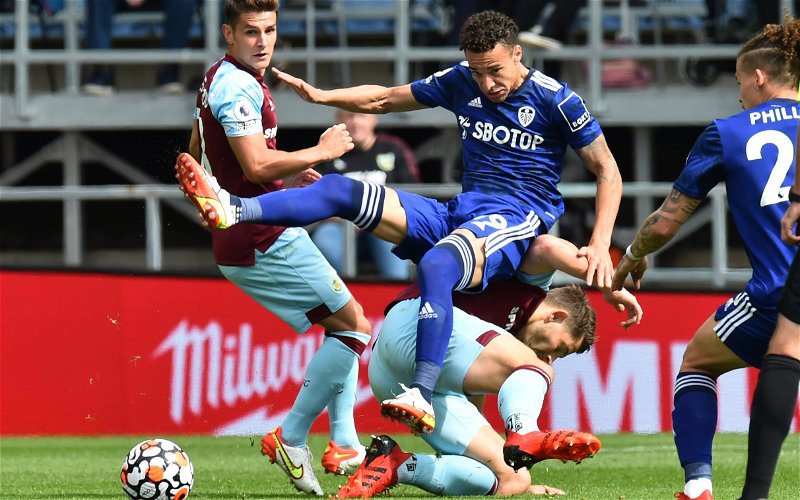 Rodrigo and Liam Cooper are walking the tightrope of a one-match suspension as Leeds United gear up for a gruelling December schedule.

Leeds play six times across December, as well as against Brighton and Hove Albion and Crystal Palace in the coming week.

Two of Marcelo Bielsa’s key men are at risk of suspension, too.

Adam Pope has been looking at the Leeds players on four yellow cards, which leaves them just one away from an automatic game suspension.

Rodrigo has been at risk of that since the win over Norwich City, whilst Cooper has joined him after picking up a booking in Leeds’ defeat at Tottenham.

Pope outlines how both have to get through to Leeds’ meeting with Liverpool on Boxing Day to avoid suspension.

It feels almost inevitable that one of Rodrigo or Cooper will pick up a suspension between now and Boxing Day. In fact, it’s probably likely that both will.

Rodrigo would be a miss. We were without him at Tottenham on Sunday and the attack didn’t look as slick without the Spanish international.

In terms of Cooper, Leeds are stocked at centre-back, although it’s never ideal losing your captain, who has played every game so far this season.