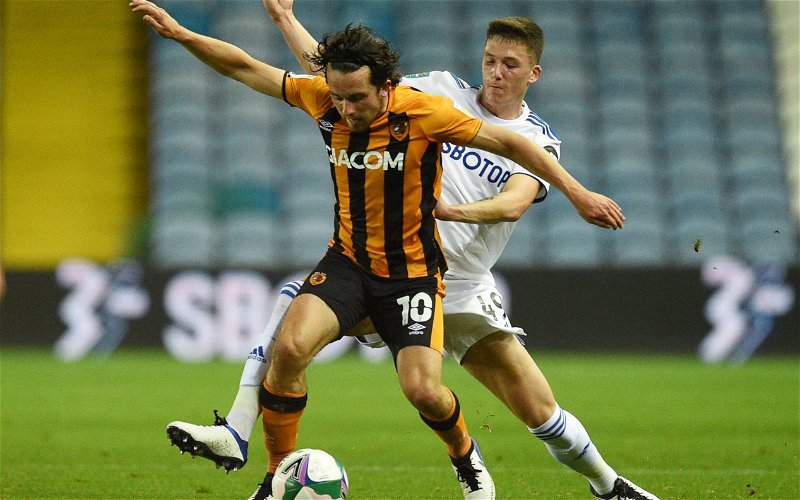 Oliver Casey is open to leaving Leeds United this summer and is in talks with Blackpool over a move.

Leeds tied Casey down to a new mid-term contract last summer, with the centre-back signed up at Elland Road until the summer of 2023.

However, he’s found minutes hard to come by on the back of Leeds’ promotion to the Premier League, which leaves him with a very big decision to make this summer.

As per Adam Pope, Blackpool boss, Neil Critchley, is keen on making a move for Casey ahead of the club’s return to the Championship next season.

It’s also noted by the BBC Radio Leeds man that Casey would be open to making a permanent move to Bloomfield Road in a bid to get more playing time.

The 20-year-old has made three senior appearances for Leeds under Marcelo Bielsa.

He debuted as a sub in 2019’s win over Huddersfield Town, before featuring against Hull City and Crawley Town in the cup competitions in 2020/21.

It isn’t difficult to see why Casey wants to make a move away from Elland Road after the last 12 months.

Charlie Cresswell is the leading light in the academy, with Casey quickly becoming the forgotten man.

At 20, he needs to be making inroads into senior football and Leeds just doesn’t feel like the place for him to do that.

It’s unfortunate timing for him in that after 16 years out of the Premier League, Leeds finally looking like they are on the rise.

That’s coincided with a key part of his career.