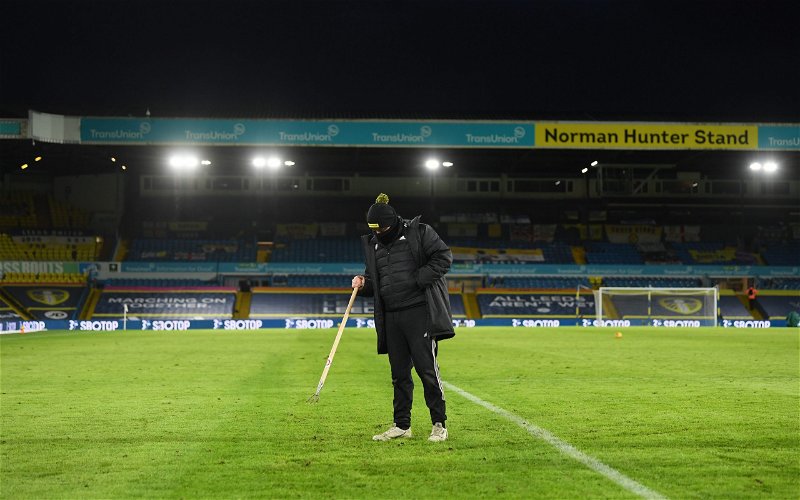 Adam Pope has revealed the financial outlay Leeds United have faced to resurface the Elland Road pitch, after hueg issues this season.

A quick turnaround from the end of the Championship season to the start of this Premier League term has meant that proposed changes to Elland Road have had to be put on hold.

New floodlights have been installed to solve the issue of the West Stand’s lighting, but there was still the problem of the Elland Road pitch that needed to be solved.

We’ve seen in every game so far this season that the pitch is tearing up with minimal effort and looks extremely heavy.

It’s probably been the worst playing surface in the top flight this season and was given a scrutinous examination following the defeat to Brighton last time out.

With Leeds having a decent break between the Seagulls visit and Everton’s trip to West Yorkshire on the 3rd February, the club took the decision to temporarily fix the playing surface, with plans for a complete revamp in the summer.

The ‘hybrid pitch’ is to be a short-term solution to the problem and Adam Pope has revealed that the club have shelled out more than £300,000 to get this plan underway before the Toffees fixture.

It’s a case of needs must when you’re playing on such a shocking turf.

In the grand scheme of things, if £300,000 helps us play our football at home much easier, then it’s a price worth paying.

I look forward to seeing what this short-term fix looks like when we face Everton.

Even if the pitch deteriorates in towards the back end of the season, it’s good to know the pitch will be in ‘state of the art’ condition from next season on.