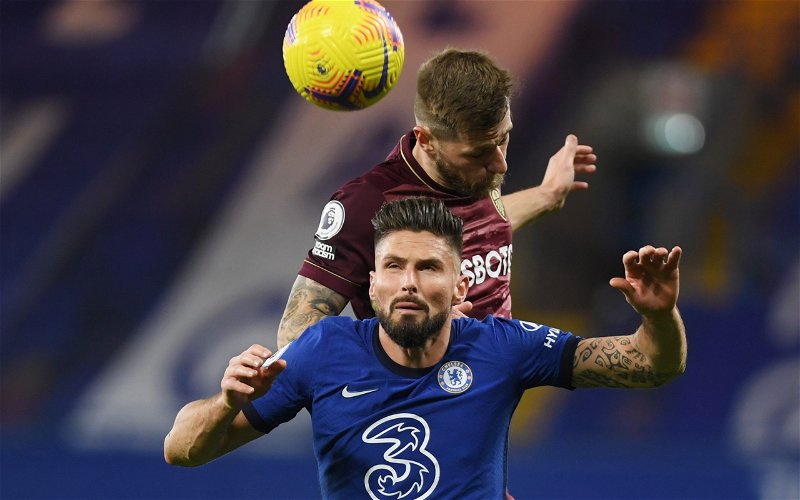 Leeds United could be set to welcome back Liam Cooper for this weekend’s FA Cup clash against Crawley Town, having sat out with injury recently.

Marcelo Bielsa has had to contend with so many injuries during his time as Leeds United boss, and the reduced congestion of the Premier League schedule hasn’t helped much.

Defensive restructuring has been a major headache for Bielsa so far as he’s barely been able to boast having a full-strength defence all season.

Nevertheless, he’s just got on with not having key defenders and never complained, unlike Jurgen Klopp who brings it up at every opportunity.

Club captain Liam Cooper has been one of the main injury-stricken players this season, managing 11 appearances from a possible 17.

His last appearance came in the mauling at Old Trafford where he managed to reduce the arrears with his first Premier League goal, but was taken off in the second half for Leif Davis as he took a knock.

Such is the extent of our injury issues at the back that he was taken off for an academy left-back to play centre-half away to Manchester United.

However, with attention briefly turning to the FA Cup, Bielsa might be able to welcome back the skipper to the squad, with Adam Pope delivering this update on Cooper’s fitness when speaking on West Yorkshire Sport Daily: “I think they will get centre-backs back before too long, hopefully,” he said.

“I do think there’s every chance that Cooper might be ready for this weekend, from what I understand.”

It would be a huge boost to not only have Cooper available for Crawley, but also with time for him to gain match fitness in this game.

Once he’s able to get minutes under the belt in the first-tea, you’d hope he’s in a place where he might be back for the Brighton clash.

That’s the main fixture we need to look ahead for over a cup run.

With Kalvin Phillips suspended for the Seagulls game, we could do with welcoming back some defenders as not to unsettle the backline even more.