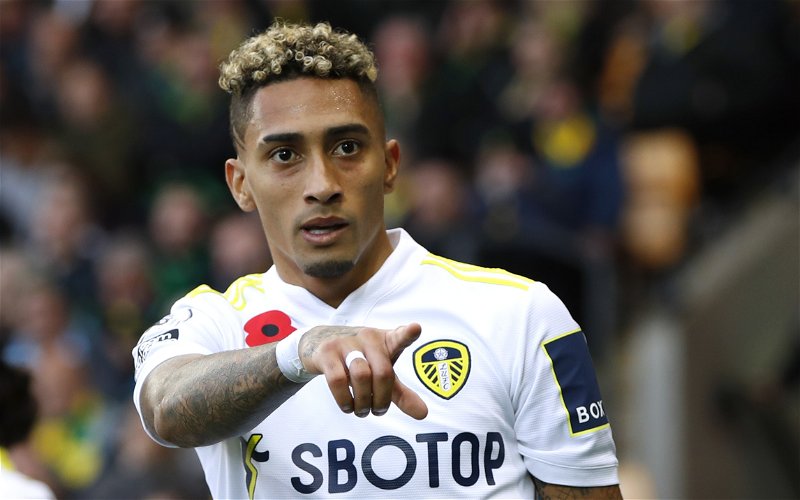 AC Milan are reportedly entering the race to sign Raphinha from Leeds United, with their valuation well below the mark.

As Leeds look to stave off relegation concerns, we’re going to need all the help they can get from our star players.

The main man at the moment is Raphinha, as the Brazilian winger stands on five goals already this season.

A big consequence of the 24-year-old’s irresistible form in the Premier League is that every stunning goal makes it harder for us to keep him at Elland Road.

On the other hand, with every laser-like goal he scores, his price tag will be going up with it.

Leeds simply got the bargain of the century to bring him in for £17million, and you’d expect that the club could quadruple that investment comfortably if a sale was on the cards in 2022.

Pianeta Milan are, however, reporting that AC Milan see Raphinha as an ‘important investment’ for the club at a valuation hilariously small.

The report details the Serie A giants would be willing to spend €30million (£25.2million) to bring him to the San Siro.

Plenty of fans are starting to be consigned to losing the winger because of how well he’s playing.

Even if he does leave next summer, there is no chance whatsoever that €30million will even bring Leeds to the table to discuss that move.

I don’t doubt Milan’s interest in the winger, but they’ll have to double their valuation at least to even get Leeds thinking they’re serious.