4 things to take from the Huddersfield game 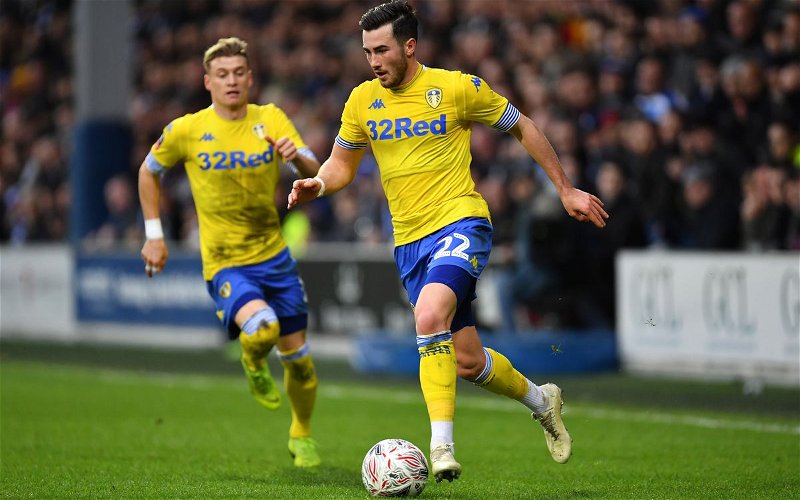 It was a fairly routine derby victory for Leeds United yesterday as they ran out 2-0 winners against Huddersfield at the John Smith’s Stadium.

It’s not often we’ve said that in the past, usually these are the games we bottle it in no matter how bad the opposition are but this is a different Leeds United. Here’s 4 things to take from yesterday’s performance:

Bamford loves being the villain

Patrick Bamford has become somewhat of a villain to opposition players and fans recently. The soft-centred Bamford that would shy away from challenges last season is a changed man and seems like he finally gets what it’s like to be a Leeds United player.

His hold-up play has improved massively as the season has gone on and defenders, who last season might’ve found it easy to take Bamford out the game, are facing a totally different type of player.

He presses from the front, he bullies defences and he really is a wind-up merchant. We saw it from him again yesterday, drawing fouls, holding the ball up and causing all sorts of problems. He should’ve had another goal but was denied thanks to yet another inept linesman. More of the same please.

Casilla is the best keeper in the league

He came to the Championship with a massive reputation, a goalkeeper with three consecutive Champions League winners medals. Everyone at Leeds expected huge things from Kiko Casilla.

The first six months at Elland Road were sometimes a struggle for the once-capped Spanish international, and after his mistake in the Play-Off semi-final against Derby County many people thought it was going to signal the end of his Leeds career.

Casilla himself wanted to stay with the Whites and prove all the doubters wrong and so far this season he’s done exactly that. With 11 clean sheets in 20 league appearances, Leeds currently hold the best defensive record in the Fooball League and he showed against Huddersfield why he’s number 1 at Elland Road.

He made 3 brilliant saves yesterday including one from point-blank range with the score at 1-0. He kept Leeds in it at times and is a major reason why they managed to get the 3 points. He’s been the best ‘keeper in the league this season by a country mile.

Kalvin Phillips was missing from the derby victory due to a one-match suspension after picking up his fifth booking of the season in last weekends 4-0 hammering over Middlesbrough.

It was the first time Phillips was missing from Leeds’ starting 11 this season and we saw exactly why he’s so invaluable to this Leeds side. We missed his ability to start our attacks from deep, something that is absolutely vital in Bielsa’s system. At times we didn’t look like the free-flowing Leeds we’ve seen this season and last and a lot of that is due to the role Phillips plays in this team.

Despite being a mainstay in Bielsa’s Leeds team for the last two years people are still negative towards Phillips, claiming that he doesn’t bring much to the team and that he’s overrated but we saw today why Bielsa is so heavily reliant on his talisman.

Jack Harrison is really starting to find his feet

Harrison came in for a lot of criticism last year from fans, me included, for not having end product, especially given the amount of attempts he had at putting in the right delivery.

He returned from pre-season with a point to prove, after doing a lot of hard work during the off-season Harrison really has hit the ground running during his second stint at Elland Road. In his 20 league appearances so far this year Harrison has been directly involved in nine goals for Leeds; four goals and five assists, which has already surpassed last seasons total of four goals and three assists in 17 games less.

Yesterday saw him pick up another assist, his pinpoint cross was headed home by Pablo Hernandez to give Leeds their two-goal lead. The Manchester City loanee has certainly benefited from another season at Leeds under Bielsa and he’s finally starting to add that end product to his game, there’s certainly more to come from him.