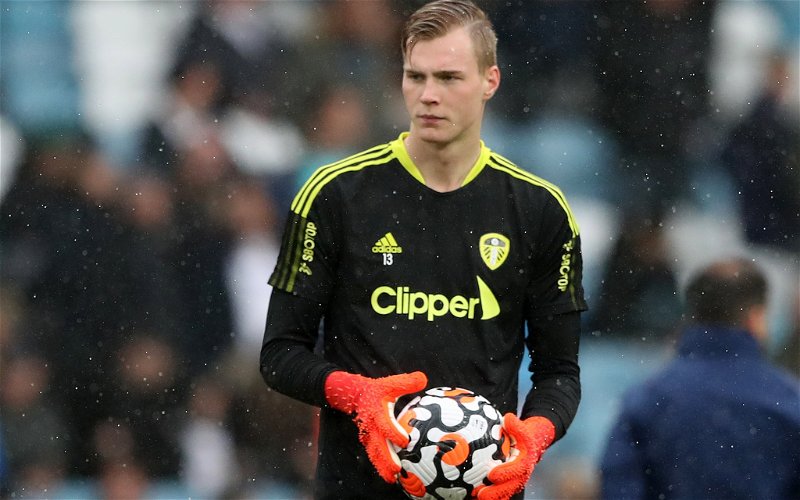 Leeds United could need a more experienced goalkeeper to provide cover for Illan Meslier in the first team.

The Whites did exceptionally well to unearth Illan Meslier in 2019 when signing him from Lorient, and looked to strike gold against with Kristoffer Klaesson in the summer just gone.

The Norway youth international joined for a fee reported to be in excess of £1million, and has been a mainstay in the under-23s while also sitting on the bench as backup to Meslier in the first team.

However, promotion to the PL2 Division One and Klaesson’s somewhat wobbly form has left to a heap of goals shipped this season in the under-23s.

Should Meslier get injured, Leeds have little in the way of replicating his qualities, as was the case last season with Kiko Casilla.

Here, we take a look at three players we think the club could target to cover Meslier…

Not many would have him down as a popular choice for Leeds fans, given his current commitments to Manchester United, along with his Sheffield United antics during 18/19.

However, it’s a move that would fit the bill for all parties here.

He might not be too convinced to leave with no guarantee of starting, given that he’s not as good as Meslier, but he’s a huge upgrade on a number two spot.

Henderson has revealed in the past that he turned down Leeds in favour of the Blades, showing there has been interest there in the past.

Up next is QPR stopper Seny Dieng, who is helping his side to a potential automatic promotion push in the Championship this season.

Dieng is currently out on international duty with Senegal, who got off to a winning start with him in goal.

He’s been reported to have attracted interest from Leeds and Arsenal since our promotion to the Premier League, and that’s only going to grow with his current form.

QPR’s defensive form has improved lately, with Dieng only shipping seven goals since the start of November.

The summer pursuit of backup for Meslier may have landed us Klaesson, but he wasn’t our only target.

Newcastle United’s Freddie Woodman appeared on that same shortlist, but assurances over his playing time under then-manager Steve Bruce kept him at St James’ Park.

Now, with Eddie Howe in charge, Woodman has essentially been frozen out and is nowhere to be found in the Magpies’ squad.

He might not be too receptive to offers of being backup, as you would expect, but a fresh start is something he needs and deserves following his superb loan at Swansea City last term.