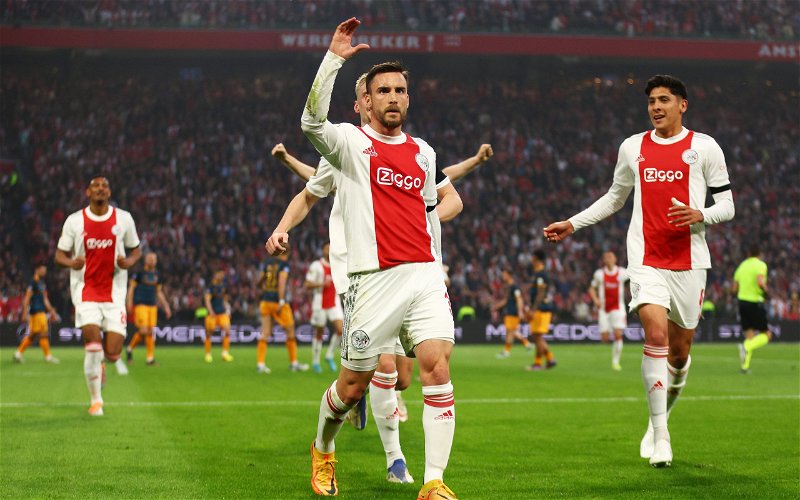 Leeds United have again been linked with a move for Ajax left-back Nicolas Tagliafico.

Left-back has been a real area of concern for Leeds since promotion, with major inconsistency not helped by investment in 2021.

It means that the club will likely have to dip into the market irrespective of the division that Jesse Marsch will lead the team in next term.

Should they stay up, SoccerNews have reported that Ajax left-back Nicolas Tagliafico could be an option, having been linked frequently last summer.

As we hope for Leeds’ survival, we take a look at two reasons why this is a move they have to pursue…

We need to improve at left-back

There are multiple reasons why this is a move Leeds need to be looking at, and one of the main ones is that there is very little in the way of quality in the position right now.

Gjanni Alioski’s departure meant that Leeds moved for Junior Firpo, and that was a £13million move that has not been successful thus far.

Not only that, but Leeds’ only other option is Stuart Dallas, and he’s going to be out for a significant chunk of next season thanks to his fractured femur.

Everything points towards Leeds needing a left-back to finally end the headache that both Bielsa and Marsch have had in that position.

Would Tagliafico be a good signing for Leeds? 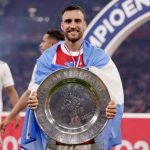 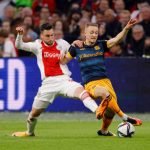 Despite an underwhelming season at Ajax this term, Tagliafico is someone who we know would bring a lot to our side from the left.

An attack-minded defender, his attributes lend themselves well to the Premier League and with our current full-backs not being keen at bombing forward, he’d be a breath of fresh air.

On top of this, it is reported that we would only have to pay £10.2million to sign him, and there won’t be many full-backs across Europe who present better value.

With Champions League pedigree to his name, Tagliafico looks like he could be a real coup that takes Leeds forward, moving away from the promotion-winning side that has already started to become stale.