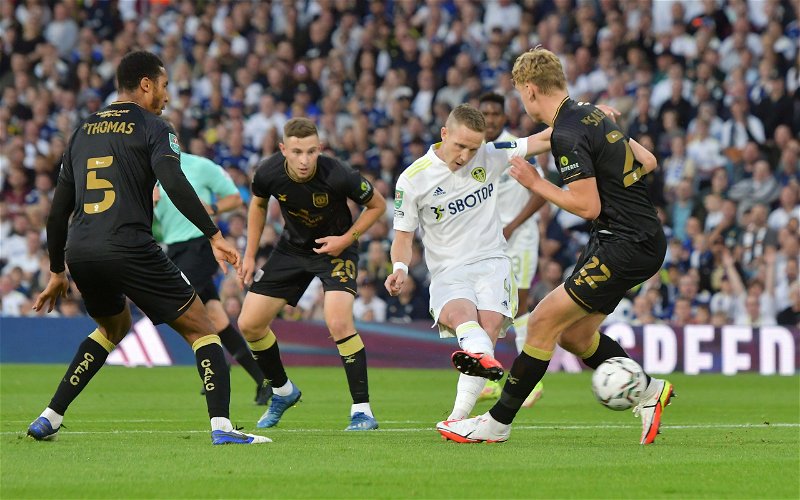 Leeds United midfielder Adam Forshaw is out of contract in the summer, but a new deal could be in line for him after a run of brilliant performances.

A summary of Leeds’ misfortune when it comes to injuries under Marcelo Bielsa is Adam Forshaw.

Initially, what seemed an innocuous hip injury led to a two-year absence from the squad as he missed most of the promotion-winning season and then the entirety of Leeds’ first season back in the Premier League.

He came into this season in the last year of his contract but has given the club plenty of food for thought with consistent commanding performances in the league.

Leeds Live’s Beren Cross has had this to say on the midfielder’s expiring deal:

“Forshaw is the only high profile player with a contract expiring this year and while I am unsure if an announcement is imminent, I would be very surprised if they were not in talks with his agent. He has been supreme since returning and looks a crucial player into next season and beyond.”

Here, we take a look at two reasons why an agreement to tie Fordhaw down might be wiser to wait until closer to the summer…

It’s very harsh to just assume a player is likely to be injured, and it’s not the case with Forshaw, despite the fact that setbacks look almost contagious at Thorp Arch right now.

With Forshaw, we have to take into account that he has spent two years sidelined with the same problem, and when he initially came back into the side against Crewe in August, he picked up another problem.

He looks fit as a fiddle right now and better than he’s ever been at Leeds, but we ought to play it by ear until the end of the season in case he gets more frustrating setbacks.

The last thing we need right now is to commit to a player and place all our faith in them staying fit, for them to be struck by injury.

He’s already the only viable holding midfield option we have that is fit, to just assume he’s immune to issues would be naive.

What does he want?

What is for almost certain, is that almost every fan and everyone affiliated with the club would be buzzing to see Forsahw put pen to paper on a new deal.

It’s also highly likely that Forshaw would be eager to sign that deal too, to repay the faith that the club have shown him while he sat on the treatment table for all that time.

However, it might be something that we wait until the summer to resolve with the player and leave him to focus on the thing he’s doing so well right now, which is controlling our midfield.

Just like Bielsa’s contract is always delayed each summer, Forshaw’s future wouldn’t be in doubt because of the timescale of this agreement.

His signature on the dotted line doesn’t outline his commitment to the club, his current performances do, and he will be rightly rewarded for his contributions, one would expect.