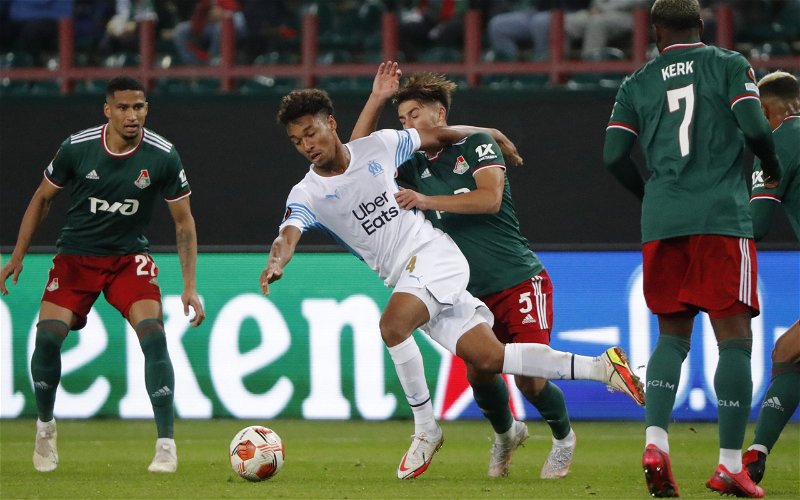 Marseille midfielder Boubacar Kamara is a reported target for Leeds United as they look to source cover for Kalvin Phillips.

A lengthy injury setback for Kalvin Phillips is the last thing Marcelo Bielsa needed in a hectic December schedule.

Even with Adam Forshaw’s re-emergence as a very reliable pivot, it seems like it would be wise for Leeds to explore the possibility of signing a player in January that can cover Phillips.

The Mail on Sunday (2 January, page 141) have reported that Leeds admire Marseille’s Boubacar Koumara as a potential signing this month to help the side cope with the absence on Phillips.

Here, we take a look at two reasons why this would be a great move for the club…

Relying on Forshaw too much?

Not many would have confidently predicted this, but Forshaw has been our best player in the past few months, having spent two years on the sidelines.

As much as Forshaw’s return is ‘like a new signing’, it seems a touch naive to go from not having him available to instantly relying on him to stay fit and be the fulcrum of the team.

If he picks up any sort of injury in the coming weeks – which is possible with the intensity he’s playing at – then we’re really in trouble.

Kamara would see a huge weight lifted on Forshaw to stay fit after such a long time out of action.

Not only that, but it would free him up to play more frequently in the position in front of defensive midfield, arguably a role more suited to his mobility with and without the ball.

Kamara hasn’t been restricted to just playing central midfield in his career, having emerged as a centre-back earlier in his tenure at Marseille.

With a signing like this, we’re not only strengthening the ‘Phillips position’ but also any other areas that Kamara can be deployed, such as at the heart of defence.

Something that Bielsa loves in a player is the ability for them to play in more than one position in his system, much like Robin Koch or Pascal Struijk.

Kamara falls into that category, and with that comes attributes not tying him to one position, showing he’s not a limited footballer, but very flexible and good in doing so.