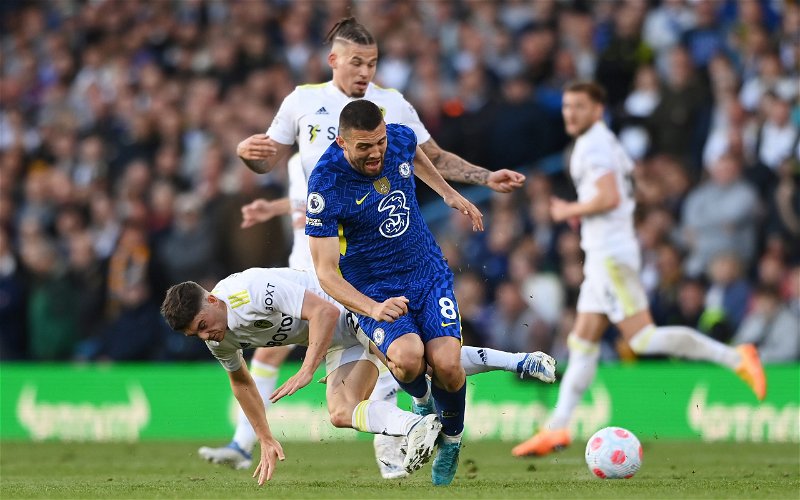 Leeds were well beaten at Elland Road, losing 3-0 and being forced to play over an hour with 10 men.

James received his marching orders shortly after the 20 minute mark after a tackle on Mateo Kovacic that was high.

The 24-year-old will now serve a three match suspension, ruling him out of the remaining two Premier League fixtures this season and the first game of 2022/23.

With Jesse Marsch looking to navigate Leeds to safety in the coming two fixtures and the pressure well and truly on, James’ absence isn’t ideal at all given how regularly he’s featured.

We take a look at TWO players we believe have to step up in his absence:

There’s a real clamour to see Gelhardt start games and not see his teammates implode as they did at Arsenal, where he was sacrificed after Luke Ayling’s red card.

Despite that, James has been the man to lead the line for Leeds in the absence of Patrick Bamford.

Now Marsch has been robbed of that option, it surely brings Gelhardt into the equation when it comes to selecting a striker.

The youngster is a natural fit to lead the line with Bamford unfit, Jack Harrison carrying a knock and James suspended.

Leeds’ fans already love Gelhardt but now is the time for him to potentially make himself a hero in James’ absence.

Quiz: 15 questions all about Leeds United ace Joe Gelhardt – Can you score 100%?

There’s a case to say that Leeds’ club-record signing should’ve been stepping up even when James was available, given his experience and the fact he’s one of the more high-profile names in Leeds’ squad.

However, there’s now extra pressure on Rodrigo in the absence of James.

James’ ability to set Leeds’ tone off-the-ball with his pressing is only rivalled by Bamford, but it’s now time for Rodrigo to step up.

We can accept he’s never going to be in the same bracket as the aforementioned pair with his energy, yet you want to see him be the leader Marsch thinks he can be, leading from the front in and out of possession.

Rodrigo has to be better than he was against Chelsea in every aspect, particularly without James there to do his running.