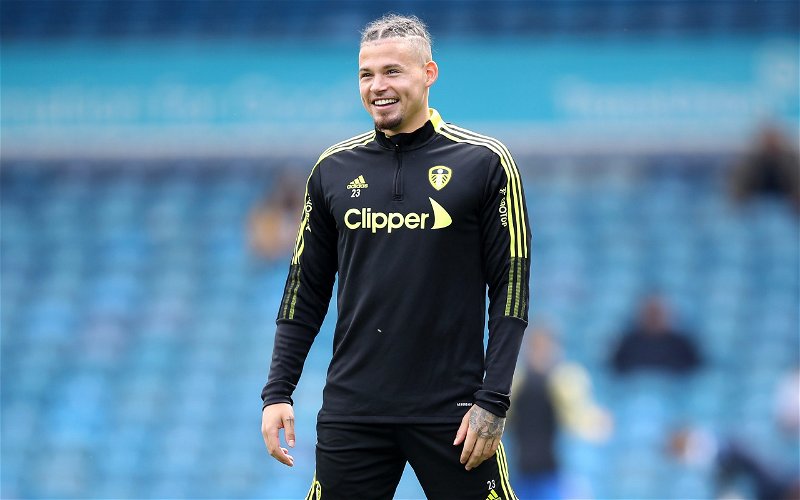 Leeds United could be resigned to losing Kalvin Phillips, and will absolutely need to replace the midfield if that happens.

The Whites are hoping to bring in significantly more players than they lose this summer with Jesse Marsch adding depth and quality to the squad.

However, he might have no choice but to bid farewell to Kalvin Phillips as Manchester City ploy to sign the midfielder.

While it’s not certain that Leeds will need to replace him just yet, it’s clear they definitely have to, should he join the Premier League winners.

Up first is a player a lot of us would expect to be a target if Phillips leaves, and that’s American RB Leipzig man Tyler Adams.

The 23-year-old is possibly looking at an exit from the Bundesliga club, and with Leeds in need of a midfielder to slot well into a double midfield pivot, he makes a lot of sense.

Not only that, but he’s a player we know that Marsch rates highly, given he joined Leipzig on Marsch’s recommendation to Ralf Rangnick.

He won’t come in at a huge cost either, with Fabrizio Romano claiming that he is set to leave this summer after struggling to nail down a regular place at the German club.

Would £60million be a fair price for Phillips?

Much like Adams, Camara presents a readymade fit for what Marsch is looking for in a defensive midfielder, having operated there under Marsch’s stewardship and since.

Camara would come in as much more of a defensive-minded midfielder in this pivot, adding good balance to Marc Roca next to him.

At 22, Camara presents a smart investment that could return a significant profit, should he continue to develop as well as he has since joining the Austrian side.