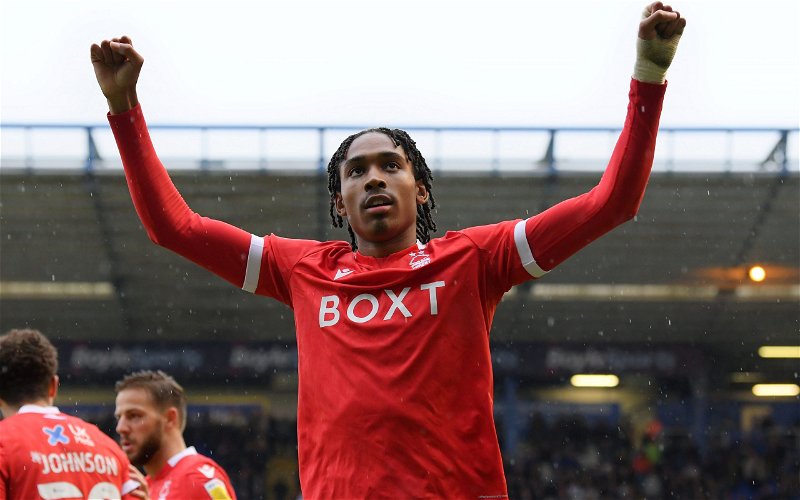 Leeds United have been linked with a move to sign Middlesbrough defender Djed Spence, currently on loan at Nottingham Forest.

Leeds’ right-back situation looked quite strong until the January window, where Cody Drameh’s departure has brought doubt over the position.

Forcing a move to Cardiff City, it now leaves Leeds potentially looking at signing a right-back.

Sky Sports have reported that Leeds are one of a handful of clubs in the Premier League keeping tabs on Nottingham Forest loanee Djed Spence, who is there temporarily from Middlesbrough.

Arsenal and Tottenham are both keen on the right-back who helped knock the Gunners out of the FA Cup, but a signing would be a long-term investment.

He’s played for both Boro and Forest this term and therefore cannot play for a third team this season.

Here, we take a look at two alternative options Leeds could pursue instead of Spence…

The Liverpool right-back has been well out of favour under Jurgen Klopp this season, in spite of the ‘major absentee list’ that the German fabricated.

It looks as though Williams is set to leave Anfield very soon in search of regular game time, and Leeds have been credited with interest in the past.

He would be departing Liverpool and joining Leeds as second fiddle to Luke Ayling, but he’s a long-term investment that would fit the bill for what Leeds need.

Playing in a high-intensity style, Williams is well-versed with what he would be required to do under Marcelo Bielsa, both offensively and defensively.

His eight minutes in the league this season have yielded an assist, while he’s managed three Champions League appearances too.

The second name on the list is lesser known, but not to the club.

Aberdeen’s 18-year-old right-back Calvin Ramsey has been in terrific form this season, notching four assists in the league as well as the same number in Europa Conference League qualifying.

Ramsay was in action this week at home to Rangers in a 1-1 draw, where it has been reported that Leeds had a scout present to watch him.

At such a young age, he looks like a more desirable transfer both for the club and for himself, knowing he’s not arriving commanding starts each week.

The Daily Mail have claimed it would take a fee in excess of £6million to take him from Pittodrie.